A New Year, Decreased Revenue and Tax Cuts are Back

This week, the legislature turned its attention from general bills to tax and appropriations bills. The Senate passed a tax cut proposal that would eliminate the 3% and 4% brackets of the personal and corporate income taxes, eliminate the corporate franchise tax, and allow a deduction of up to 50% of federal self-employment taxes paid to reduce a taxpayer’s gross income. This tax cut package was passed despite the state having to make mid-year budget cuts this year due to a revenue shortfall and amidst discussions on increasing gasoline taxes to fund badly needed maintenance for the state’s roads and bridges. The proposed cuts are estimated to cost $575 million when fully phased in, reducing general fund collections by about 10% and limiting revenue to fund schools, support public safety, and protect public health.

Franchise and Income Tax Cuts: Who stands to benefit? 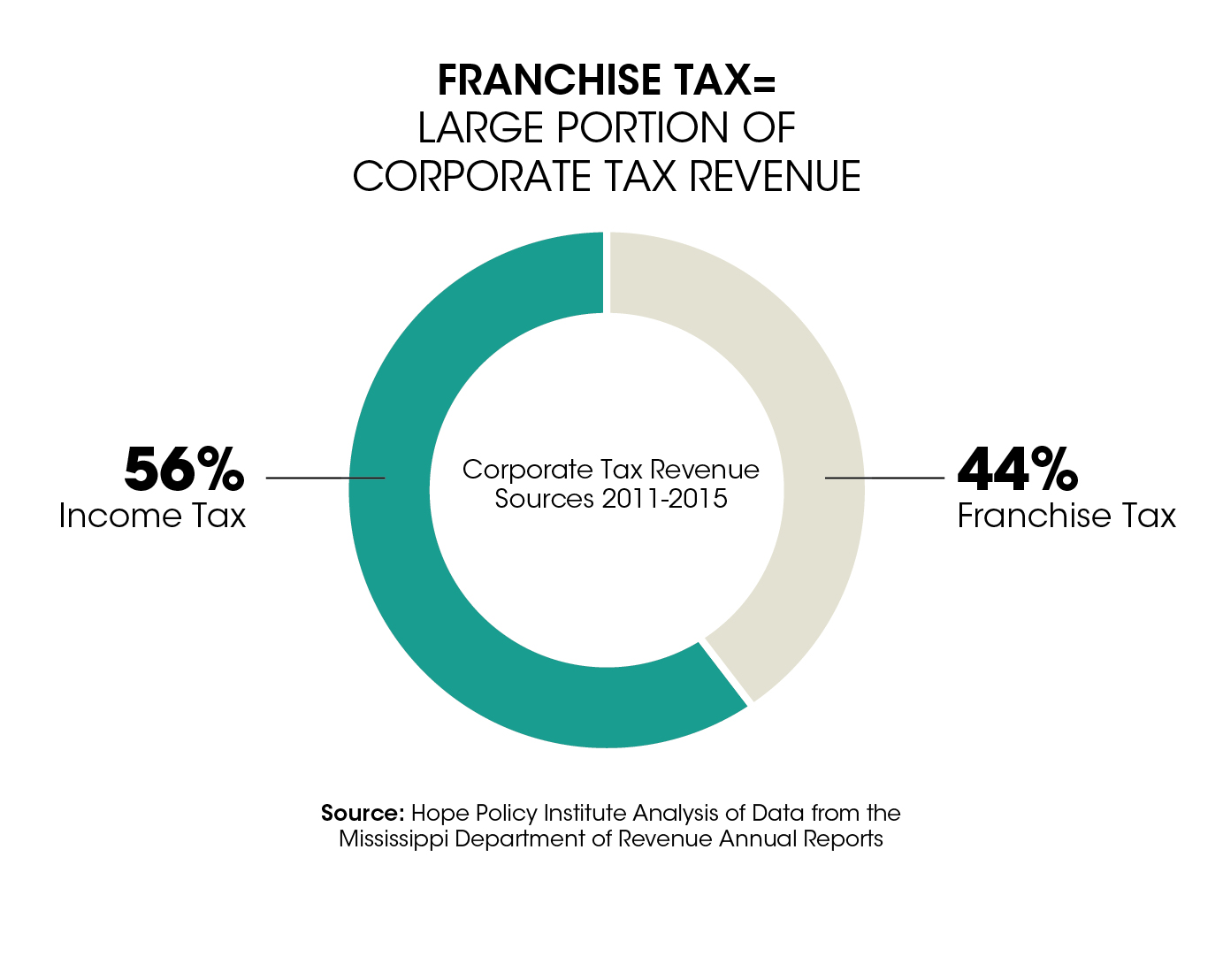 The second major provision of the Senate plan is eliminating the state’s personal and corporate income tax on taxable income below $10,000. The estimated cost to eliminate the 3% and 4% income tax brackets is $304 million. By eliminating the bottom two income tax brackets, wealthy Mississippians stand to gain the most while leaving many working families continuing to struggle to make ends meet. Almost 80% of corporations pay less than $350 in corporate income tax per year, and, with this plan, would pay zero. The chart below shows the average household tax cut for families at each income level. Those in the lowest income group earning less than $16,000 a year would get an average cut of only $16 while those in the highest group with incomes over $361,000 would get a $563 tax cut, on average. 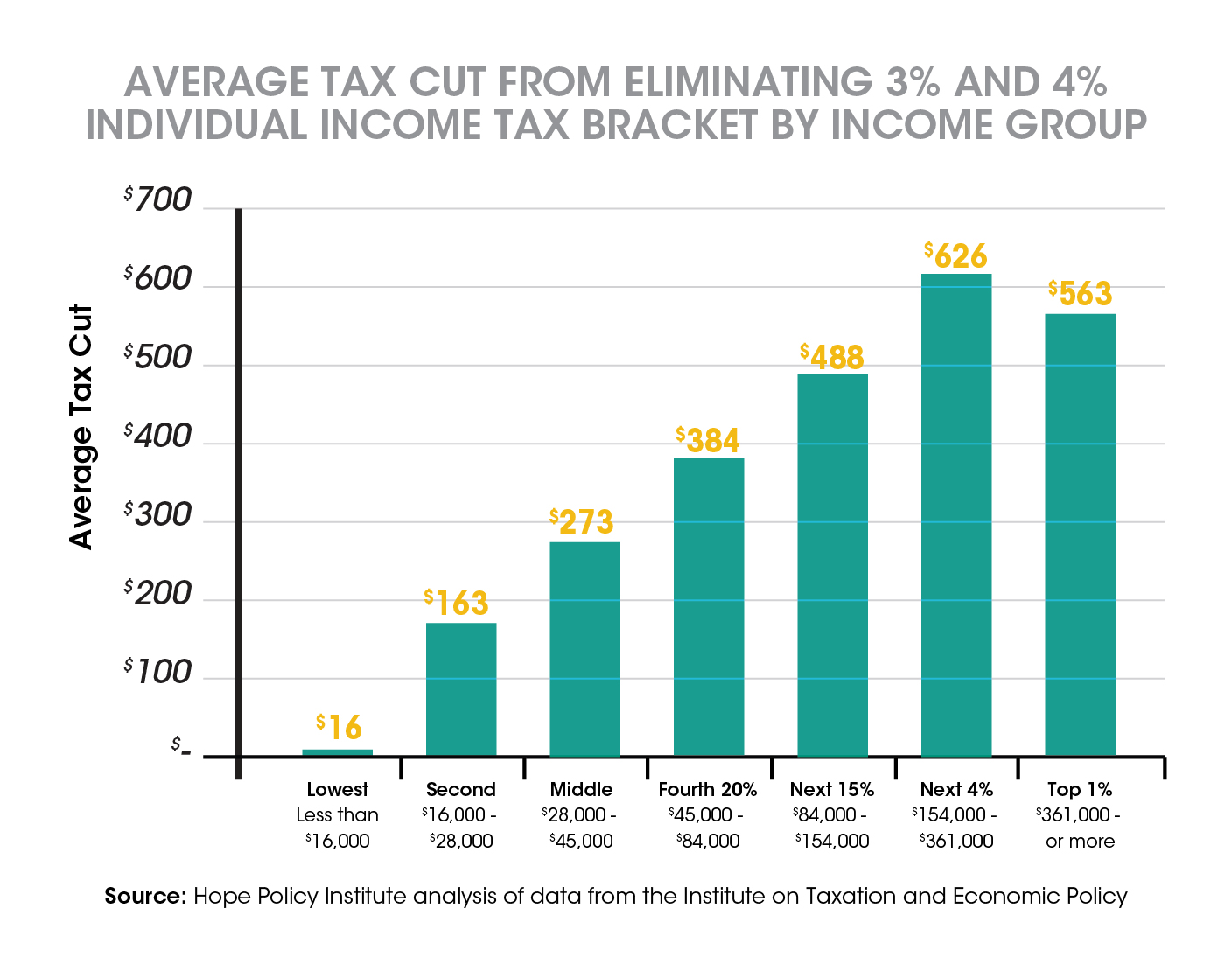 One reason this approach would not benefit the lowest income Mississip­pians is because many of them have little to no income tax liability; however, this does not mean they do not pay taxes. Far from it. These families pay a higher percentage of their income in state taxes (mostly sales taxes) than the higher income families these plans benefit most. In fact, lower-income families pay more than seven times as much in sales taxes as a percent of their income than the top one percent of households.

Big tax cuts that largely benefit corporations and wealthy Mississippians are unaffordable and will erode our ability to support schools, universities, roads and bridges and public safety. Additionally, other states, including Louisiana, North Carolina, Illinois, Oklahoma, and Kansas, are currently feeling the effects of large, unaffordable tax cuts. For example, Louisiana’s legislature just ended a special session where they had to cut exemptions and raise sales taxes to deal with their current budget shortfall, but even with those efforts, they are still expected to have an $800 million shortfall next year. If we want our state to be competitive and add jobs, big tax cuts are not what we need. Mississippi’s weaknesses lie in the fact that we have not maintained sufficient investment in the things that would make our economy strong. To move forward, we need to make long-term investments to support a strong economy for today’s workers and provide opportunities for every child in Mississippi to prosper.