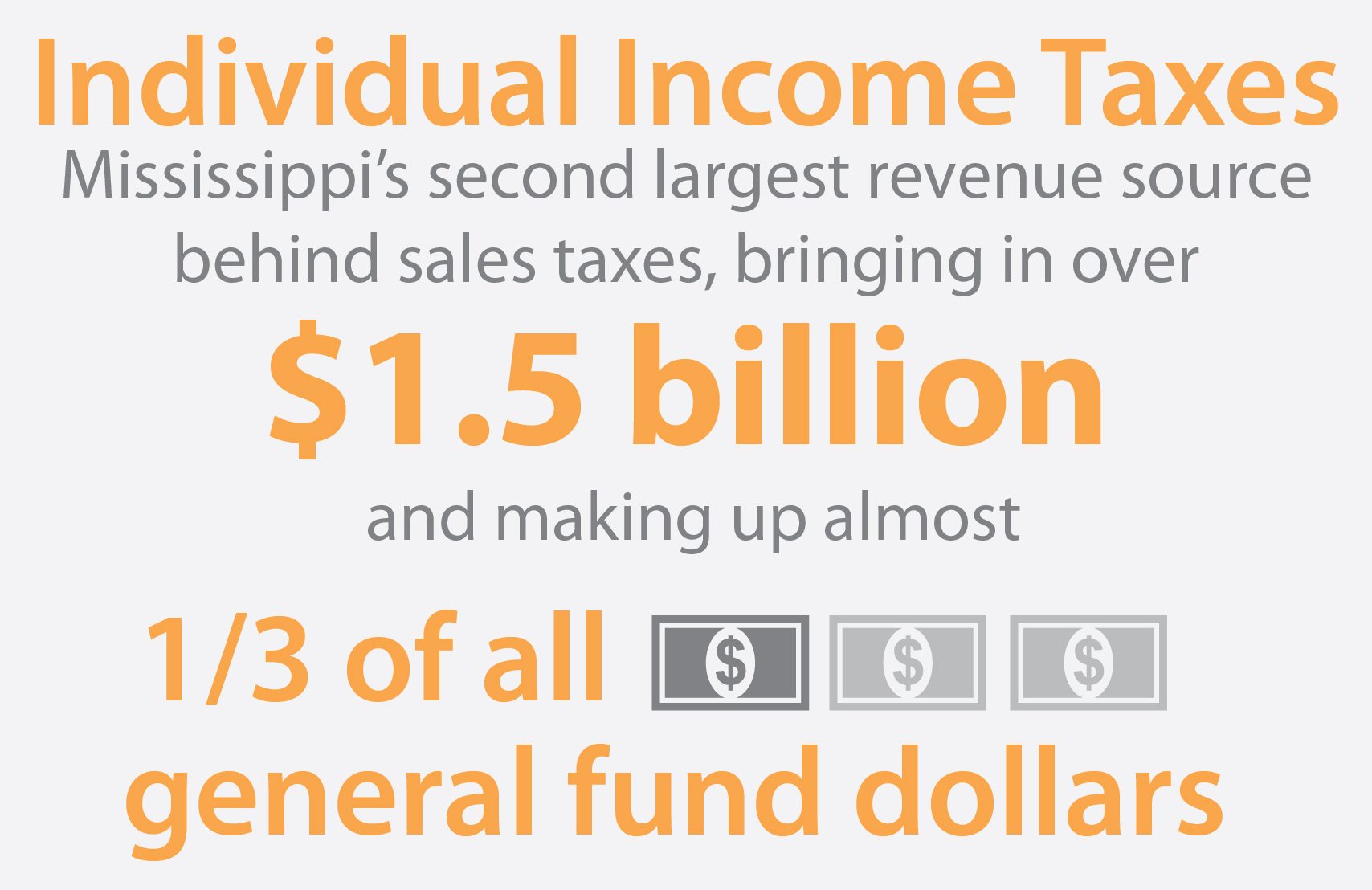 Eliminating the individual income tax would mean either a massive erosion of resources for education and other priorities or a tax shift from wealthy Mississippians to working families who are struggling to make ends meet.

Most other states that do not have an income tax have special circumstances that allow them to collect revenue in other ways, like royalties from natural resources (as in Alaska, South Dakota, Texas and Wyoming) OR revenue from major tourism industries (as in Florida and Nevada).

Recent major income tax cuts in states like Kansas and North Carolina have resulted in budget disasters for those states without the quick economic gains that were promised when the cuts were made.

A drastic income tax cut will not boost our economy. States promote real, long-term economic growth by investing in quality schools to educate a skilled workforce; a modern infrastructure that enables companies to bring their products to market and safe, stable communities. All of these things require long term public investment that would be jeopardized if we eliminate our income tax.