A recent brief by the Economic Policy Institute underscores that, while periods of joblessness were felt by Mississippians from all Counties and demographics, Mississippi’s African American workers consistently experienced much higher rates of unemployment throughout the 2007 recession than white workers in Mississippi and across the United States. 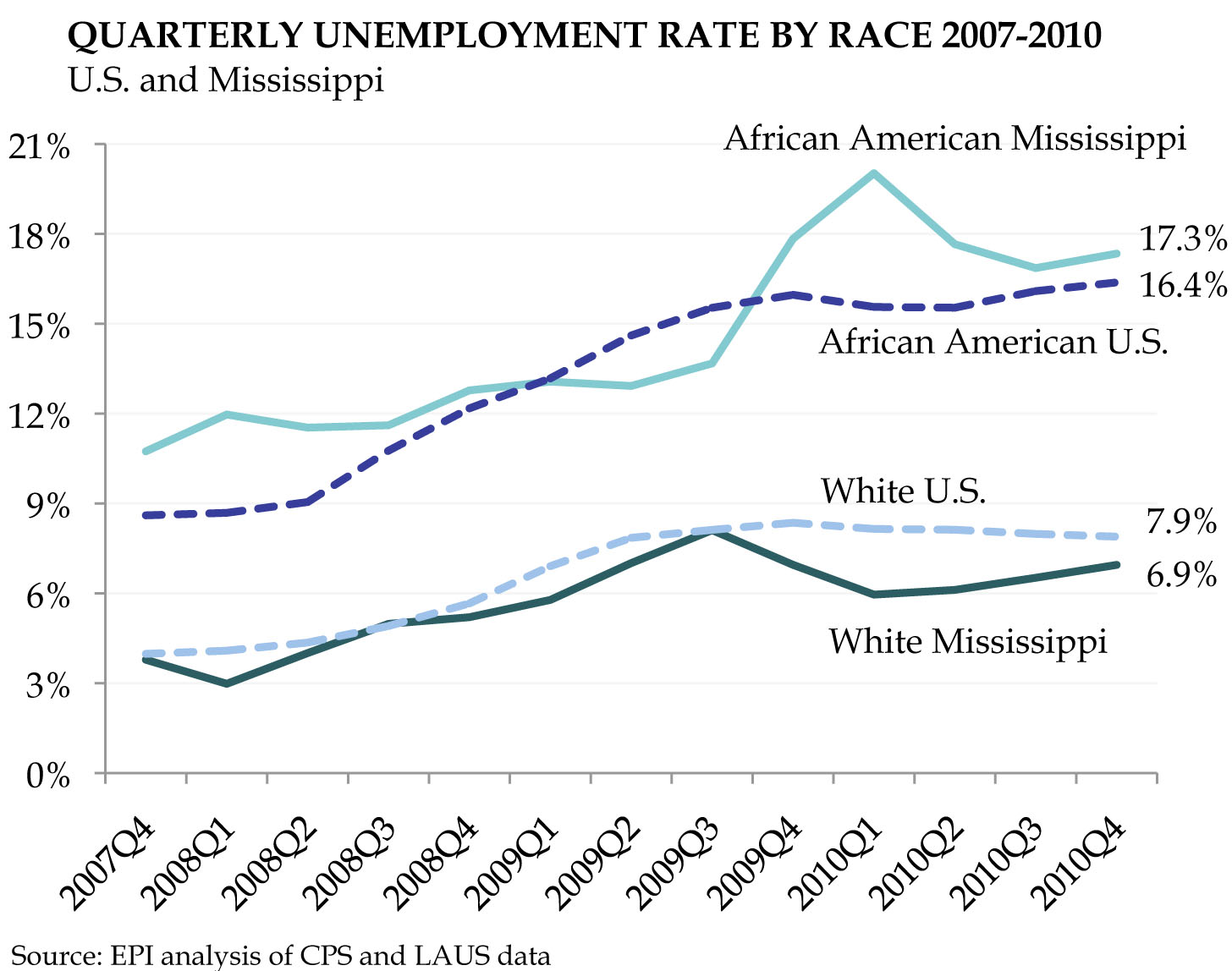 A large disparity in unemployment has serious implications for the state’s economic recovery and future economic development. Thirty-seven percent (37%) of the Mississippi’s residents are African American, and persistently high unemployment among such a large portion of the state’s residents impacts the economic security and stability of families and communities across the state. Tomorrow, MEPC will take a closer look at unemployment by race in each county across Mississippi.