Yesterday, we posted the details and costs of the House and Senate tax plans currently under consideration in the legislature. Today, we are going to talk about who benefits most from these tax proposals.

The Senate plan’s most costly provision would eliminate the corporate franchise tax. It would also eliminate the 3 percent income tax bracket for corporations. 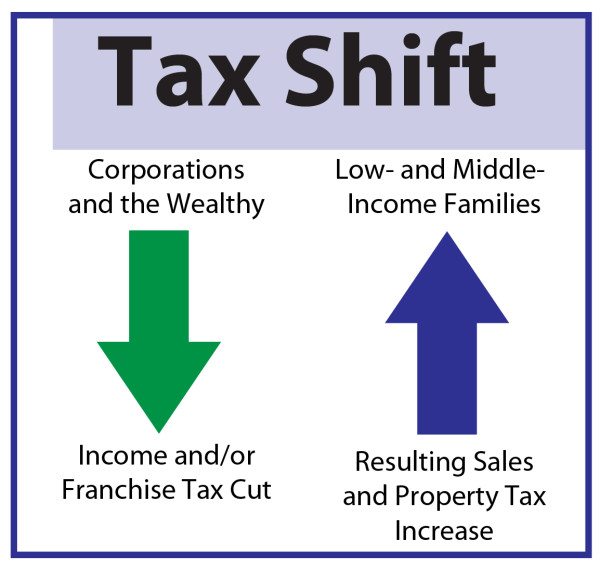 Tax cuts that largely benefit corporations and wealthy Mississippians are unaffordable and are not the answer for job creation. In fact, they will undermine our future by making it harder for the state to invest in what does build a strong economy. Targeted tax relief, like a refundable Earned Income Tax Credit (EITC), is more affordable and will have a more positive economic impact.

In addition to the costs of these plans, it is important to look at who would benefit from these tax cut proposals. The graphic below shows the impact of the personal income tax changes in these proposals on families in different income groups. 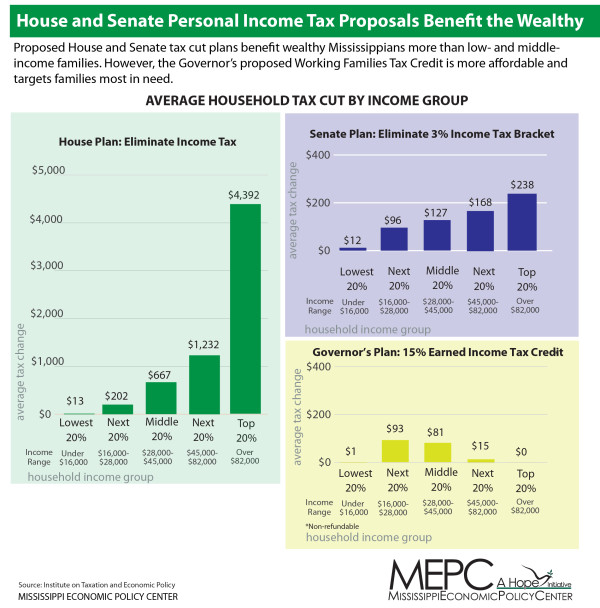 In both the House and Senate plan, personal income tax changes benefit wealthier families in Mississippi more than lower- and middle-income families. One reason these plans do not benefit the lowest income Mississippians is because many of these families have little to no income tax liability; however, this does not mean they do not pay taxes. Far from it. These families pay a higher percentage of their income in state taxes (mostly sales taxes) than the higher income families these plans benefit most.

One alternative to these tax cut plans is to enact a state EITC. A state EITC would provide targeted tax relief to working families who are struggling to make ends meet. It is also more affordable and will have a more positive economic impact than the other tax cut proposals. Governor Phil Bryant’s Working Families Tax Credit works in a manner similar to a state EITC. The Working Families Tax Credit would give working families earning below $52,000 a tax credit equal to 15 percent of the federal EITC. Making the credit refundable would go even further to benefit the working families who need help the most.