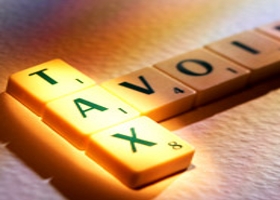 House Bill 970 would not allow corporations to deduct payments to related corporations that are not for legitimate business expenses.Closing this loophole would bring in an additional $30 million for the state of Mississippi.

Tax Avoidance: How does it work?

Some corporations set up a related corporation in another state that “owns” an intangible asset of the company, such as their logo.  They then pay royalties to that related corporation and deduct those royalties so that their profit, or taxable income, seems lower in Mississippi at tax time.  House Bill 970 would not allow deductions of these royalty payments, or payments for other purposes, unless there is a legitimate business reason for them beyond tax avoidance.

Several years ago, Mississippi closed a similar loophole that allowed businesses to deduct royalty payments to a holding company in another state that essentially did nothing other than own intangible assets.  However, businesses found another loophole by moving the intangible asset to companies in other states that had some real business operations.  Since the royalty payments to operating entities located in other states were eligible for deduction from corporate taxable income, corporations  simply moved the ownership of the intangible assets, such as the logo, to operating entities in other states—but for no business purpose other than tax avoidance.

Why should we close this loophole?

Individuals and corporations alike benefit from our state’s infrastructure, education systems, court systems, and other state services.  During these tough budget times, we should be making sure that we maximize revenue collections that should already be owed to our state.  House Bill 970 would help address some of the challenges in collecting our taxes and help curb tax avoidance.