Looking Beyond the Numbers: Mississippi Taxes as a Percent of Income

On one hand, Mississippi’s taxes as a percent of personal income are in the middle of the pack compared to the other states. On the other hand, it is important to look beyond the figure and consider how families pay taxes in Mississippi.

Data from the Institute on Taxation and Economic Policy provide a look at how state and local taxes affect different income groups. As the table below shows, taxes as a percent of income in Mississippi play out much differently depending on your income group.

Estimated Percent of Income Paid in State and Local Taxes by Income Quintile, 2007 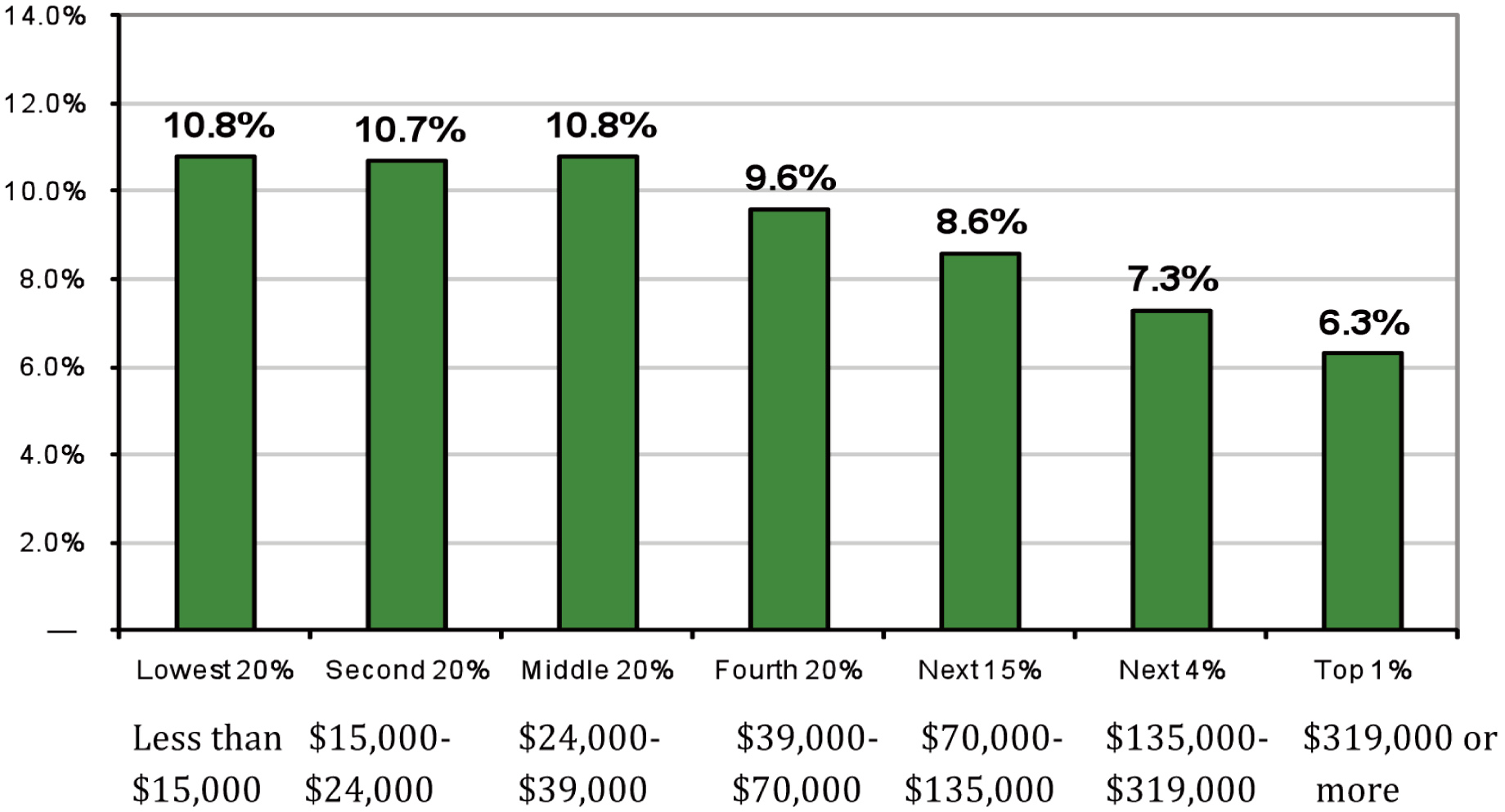 By updating our revenue system, we can make college affordable, build roads and make Mississippi a safe place to live with a high quality of life in a manner that is equitable and sustainable.

MEPC analysis of data from the U.S. Census Bureau, the Bureau of Economic Analysis and the Institute on Taxation and Economic Policy, “Who Pays? A Distributional Analysis of the Tax Systems in All 50 States,” November 2009.