Loss of Bank Branches: Devastating Impact on the Mid South 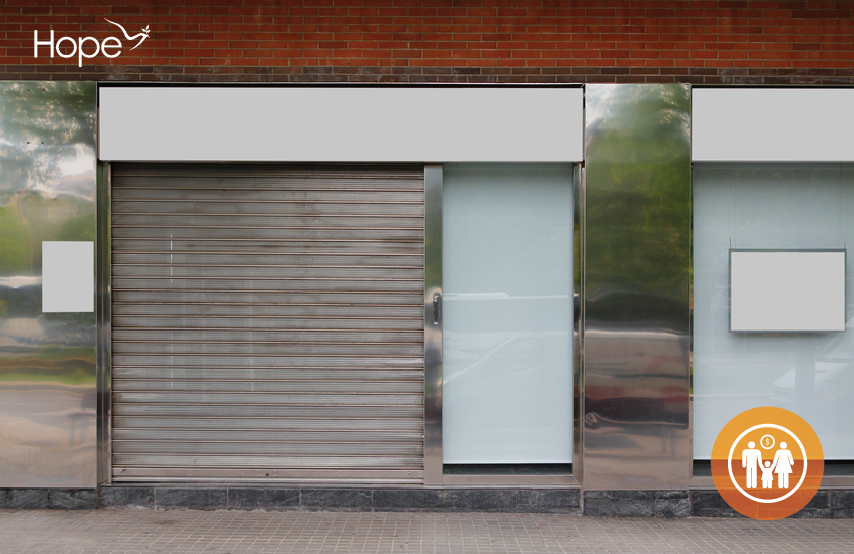 In the Mid South, 97 out of 221 counties and parishes experience the devastating effects of persistent poverty. In these communities, where over 20 percent of the population has lived in poverty for more than three decades, it’s hard to ignore the loss of resources such as small businesses, medical clinics, and safe, affordable housing. What’s also missing is quality financial institutions that can help families build wealth and a strong financial future. Since the Great Recession (2007 – 2014), 37% of persistent poverty counties across the Mid South have experienced a decline in bank branches, according to data from FDIC Bank Data and Statistics. More than ever, policies that facilitate investments Community Development Financial Institutions (CDFIs) that serve underserved and often overlooked communities are needed in the Mid South and around the country. 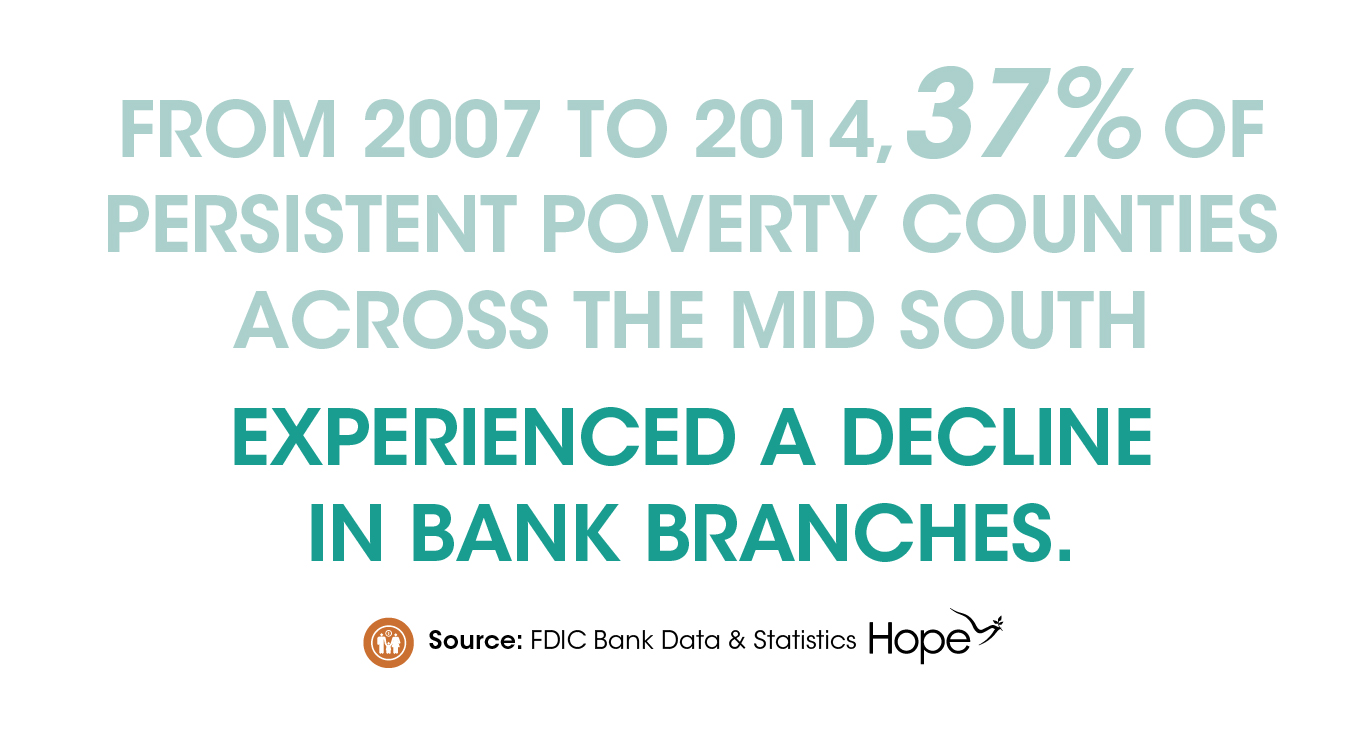 The negative effects of bank closures are numerous, especially in high-poverty counties in the Mid South:

Access to relationships
A bank branch closing also often results in the loss of soft information or a bank manager’s personal relationship with a borrower. Relationships with a depository are particularly important for the purchase of a home, car or small business.

The Importance of CDFIs

CDFIs, like HOPE, offer an important solution for communities grappling with the challenges associated with persistent poverty. In areas of high unemployment, CDFIs provide financing for small businesses and community facilities like hospitals that are often some of the largest employers in rural communities. CDFI depositories, like HOPE, also enhance access to basic banking services such as savings and checking accounts; car loans and mortgages that provide the basic building blocks for financial security.

In high-need areas, however, CDFIs need capital. Recently, the USDA announced the creation of a community facilities relending program for CDFIs that work in rural, persistent and high poverty areas. The program embodies the type of forward-looking thinking that is needed to ensure that capital flows to where it is needed most – not just where it is easiest to deploy. More policies that cut across government and that leverage private sector investment in persistent poverty counties are necessary to ensure that the full potential of people and communities far too often overlooked is realized.

Overall, without a financial institution in their communities, affordable products and services that build wealth and create economic opportunity are difficult, and in many cases nearly impossible to access. When people can establish a relationship with a depository they are able to save, build and access credit, plan for future purchases such as a vehicle to get to work or a home for their families. Losing a financial institution, especially in an area of persistent poverty, exacerbates the complex challenges that already exist in low-income communities. 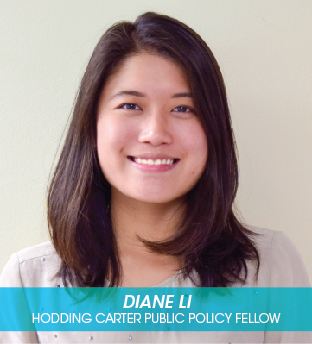