Mid South States among the Least Credit Worthy in the Nation 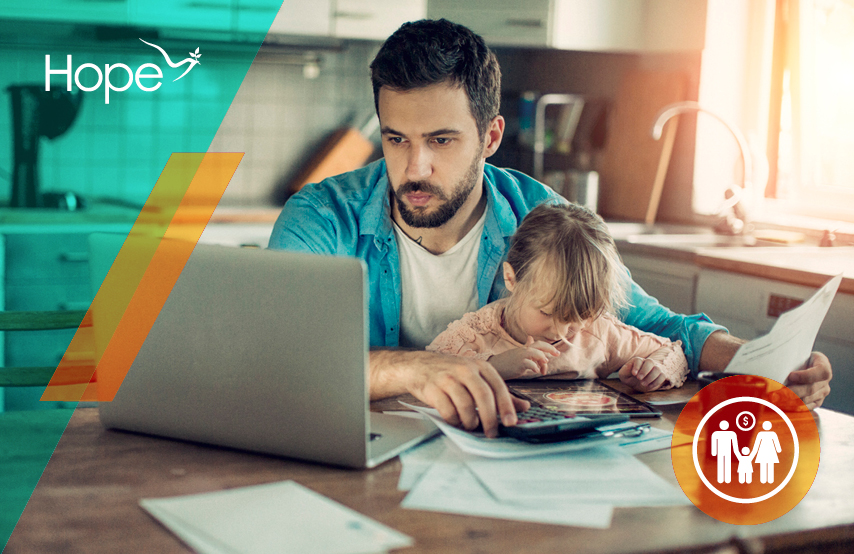 Credit is an important asset and helps determine a consumer’s access to financial opportunities, like post-secondary education and homeownership. Consumers with good credit are more likely to secure safe and affordable capital and are better prepared for financial emergencies. In contrast, those with weak credit are more likely to pay higher interest rates on credit cards, car loans and mortgages, which build a major barrier to mainstream credit and long-term financial security. The 2017 Prosperity Now Scorecard reveals that the Mid South states of Arkansas, Louisiana, Mississippi and Tennessee are some of the least “credit worthy” states in the nation and underscores the need for investments in financially underserved communities.

Three-digit credit scores are largely based on a consumer’s financial history and ability to pay bills in a timely manner. Credit scores help determine the extent to which a borrower can finance higher education and purchase a car or a home. Prosperity Now defines consumers with prime credit as the “percentage of credit users with an Equifax Risk Score above 720 (on a scale of 280-850).” Borrowers who do not have a prime credit score typically have a more difficult time securing credit from traditional financial institutions or lenders and often pay higher interest rates on loans.

In the United States, more than half (51%) of credit users have prime credit. Mississippi has the worst rate of credit users with prime credit (36%), followed closely by Georgia and Louisiana (both 40%). Arkansas and Tennessee also have rates below the national average (ranked 8th and 10th among the worst in the nation, respectively). See Chart. Consumers without prime credit scores often lack access to mainstream financial credit and may rely on alternative financial services like high-cost predatory lenders. This makes it increasingly more difficult to save for wealth-building investments such as college or a home. 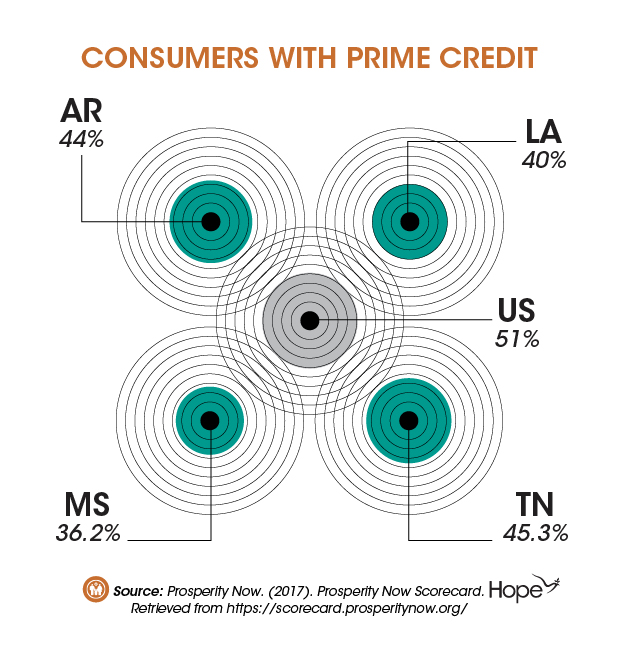 Community Development Financial Institutions (CDFIs) and Community Development Credit Unions (CDCUs), like HOPE, continually work to meet the needs of historically underserved populations. For example, HOPE provides credit builder products to help its members establish credit or rebuild their credit scores so they have the opportunity to save and build wealth for future investments. It is vital to expand support and invest in CDFIs and CDCUs to create ladders of opportunities in these communities.