On January 18, the Mississippi House of Representatives voted down several amendments to a bill to reenact the Check Casher’s Act that would protect consumers. Among the issues voted down included provisions to lower the Annual Percentage Rate (APR) to 36 percent and extend the repayment term to 90 days. The House also voted down a provision to implement a statewide system to enforce the law before passing its updated version of the Check Casher’s Act.

Without a statewide system or database, there is no way to track, in real-time, whether or not a borrower has multiple loans or if a lender extends multiple loans. Thirteen (13) states have implemented statewide systems effectively, including the southern states of Alabama, Florida, Kentucky, South Carolina and Virginia.

In Florida, the loading of historical transactions prior to database implementation showed that 16 percent of customers were out of compliance – they had multiple loans outstanding. 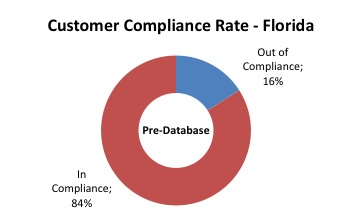 In the states that have implemented a database, appropriations have not been needed. Lenders typically pay a fee of $0.50 – $1.00 per transaction, which covers to costs of the system.

As the House bill moves to the Senate, a database represents an important tool to protect consumers, weed out bad actor lenders and enhance the efficiency of the regulatory infrastructure. In its absence, the limited provisions to extend the repayment terms of payday loans to 30 days will remain unable to be enforced at the time of extending or receiving a loan.