In addition to celebrating the historical and cultural contributions of women this Women’s History Month,  policy makers should be advancing policies that would make it easier for women to reduce debt, build assets, and improve opportunities for women today and the next generation of women they are raising.  Unfortunately, many developments currently occurring at the federal level will weaken women’s financial security.

The rollbacks of policies designed to curb predatory practices will disproportionally affect women and their financial security.

The Wage Gap: Gender and Race

These rollbacks, if implemented, could make financing harder to maintain and more expensive for the families who can least afford it, including households led by women. Almost one in three families (30%) with children in Deep South states are led by a single female head of household.[1]  However, because of disparities in earnings, these families are often on uneven economic footing.   These disparities are even more evident when looking at both gender and race.  The figure below shows women’s median earnings by state throughout the Deep South for white women, Black women, and Latina women and how those earnings compare with those of white men. While white women earn between 72 (Louisiana) and 80 (Tennessee) cents on the dollar of earnings of white men, Black and Latina women earn much less. 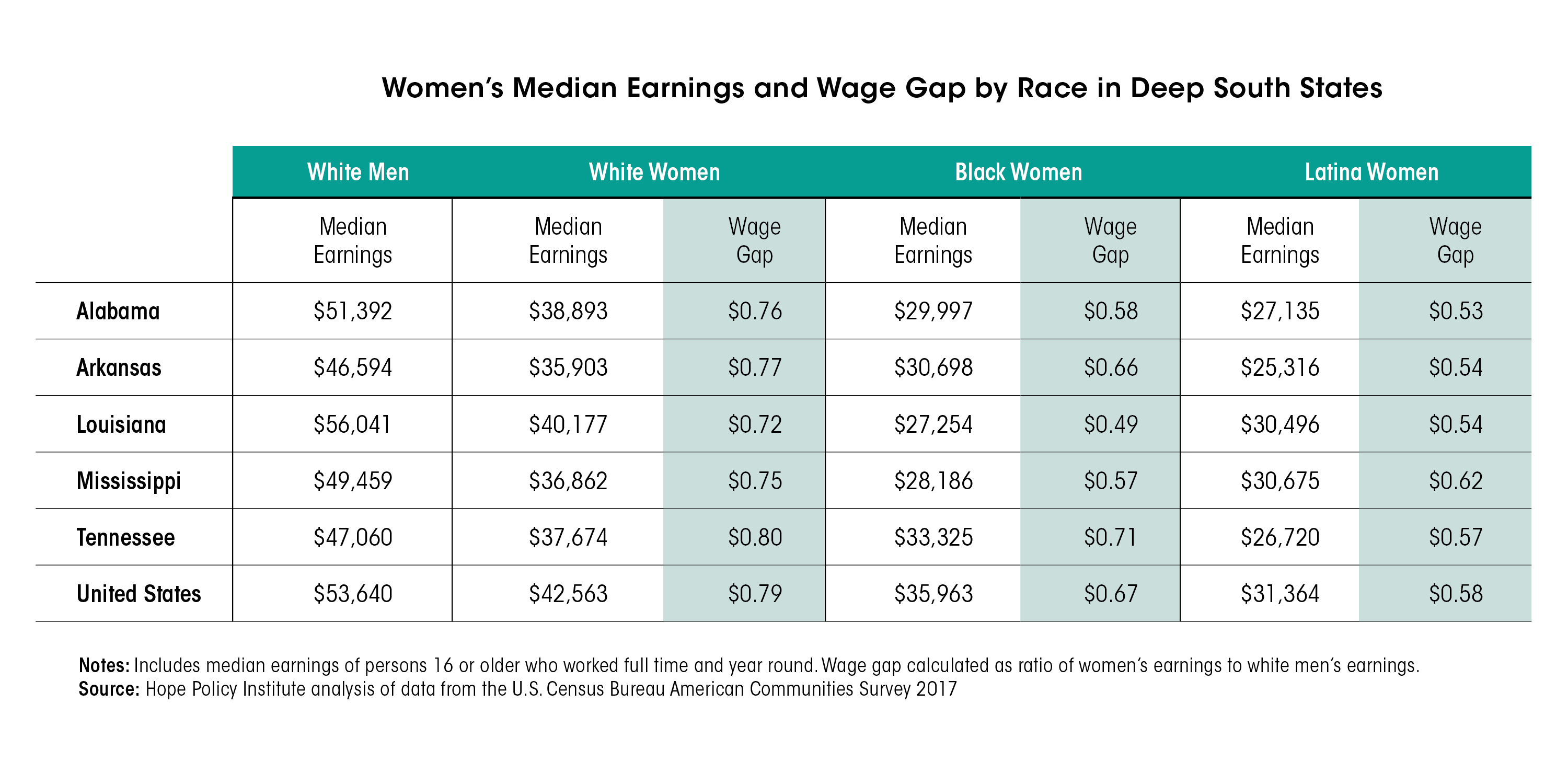 While earnings are an important measure of financial well-being, broader factors like assets and debt can show a fuller picture of financial stability and opportunity.  One of these measures is liquid asset poverty, or whether a family has enough liquid assets to maintain their household at the poverty level for three months without their regular income.  According to research from the Asset Funders Network, in two Deep South states (Mississippi and Alabama), 75% of single female headed households are living in liquid asset poverty, the highest among all the states. 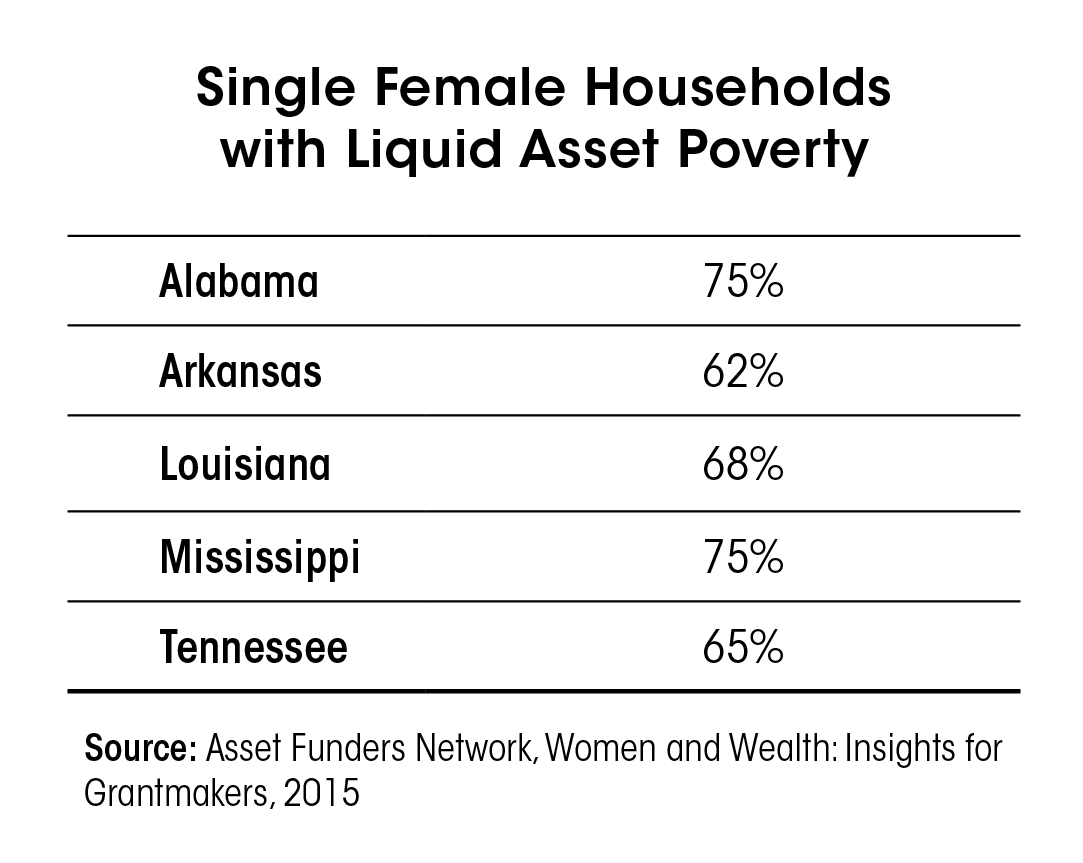 With the wage gap and prevalence of liquid asset poverty among women, it is  not surprising that women often have more debt than men. Women’s median debt burden is 177% higher than for men.[2]  Further, according to a study on “Pinklining” that debt is more likely to be more expensive and/or come with predatory terms.  Women make up almost 60% of payday loan customers, and are more likely to get a sub-prime mortgage.[3]  For student loan debt, according to the American Association of University Women, nearly two-thirds of the outstanding student debt in the United States — almost $929 billion as of early2019 — is held by women.[4]

The potential rollback of consumer protections could create even more systematic challenges for the financial stability of women and the families they support. This is why HOPE has been taking a strong stand in not only opposing these proposed rollbacks, but also pushing to ensure build pathways through policies and programs that support financial security for women in the Deep South.