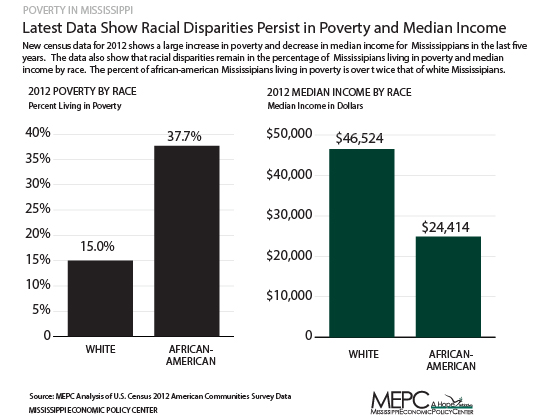 One key to addressing these disparities is investing in K-12 and higher education.  Educational attainment impacts the economic success for all Mississippi families and the competitiveness of our state’s workforce.