At the Mississippi Economic Policy Center, we advocate for public structure that creates opportunities for individuals and families to move up the economic ladder. Over the next year, MEPC will be digging deeper on a number of its issues to illustrate the impact of policy action or inaction on the lives of people in our state.  This is the first story in an ongoing series.

“The cuts really do put a damper on our goal of improving the health of our community.” 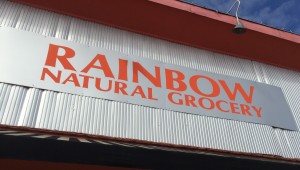 Jackson’s Rainbow Co-Op was created in 1980 by three families who wanted a healthier option to the chain grocery stores. Today, it is a healthy food oasis that serves 6000 members, and a partner with Hope Federal Credit Union to build stronger communities. Rainbow Co-Op also serves families who benefit from the Supplemental Nutrition Assistance Program (SNAP, formerly food stamps). In fact, they conduct multiple SNAP transactions daily at the store located at Lakeland Drive and Old Canton Road. 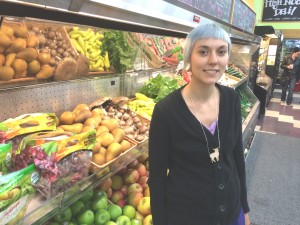 According to the U.S. Department of Agriculture, three quarters of a billion dollars in SNAP benefits are spent in Mississippi each year, and last Friday’s cuts will result in a loss of $70 million in the first year alone.

“I think Jackson could see a decline in economic activity because of it,” said Parson.

But Rainbow and Parson see other negative results from the cuts…a decline in beneficiaries’ health. A cut in the amount a family receives each month means something else will have to be cut from the budget to make up for that loss, in this case, fresh fruits and vegetables.

“People who are on a tight budget end up buying more packaged foods which are all processed, often genetically modified, and really not healthy for you,” said Parson. 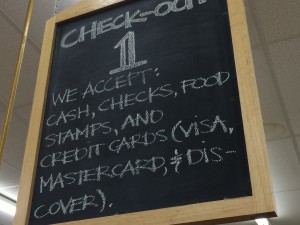 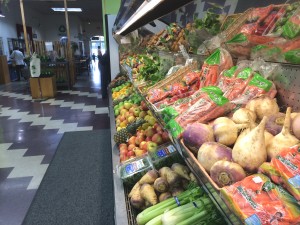 Healthy, fresh foods, like those offered at Rainbow tend to be slightly more expensive than canned and processed foods. Parson sees a possible decrease in SNAP customers and in dollars off Rainbow’s bottom line, a trend that will likely go beyond their doors into the local economy as well.

So less money in our local economies around the state, but what about the health in general for those who are dealing with cuts to their food budget? Fresh foods can prevent illness and lead to a better lifestyle. Parson calls buying fresh over processed an investment in your future. That investment may not be possible now.

“An investment in your health is far less expensive than treating chronic diseases such as diabetes and hypertension down the road,” said Parson.