State lawmakers are continuing to gear up for the preparation of the 2015 state budget.  Earlier this month they approved an estimate for how much revenue they will have to use to fund state services like education, corrections, public safety and health care.    The current year’s estimate was increased by almost $140 million.  The legislature can decide whether and how to appropriate this increased funding for the current year when they convene in January.  The estimate for next year’s budget (FY 2015) is 2.7% (another $140 million) over the 2014 estimate. 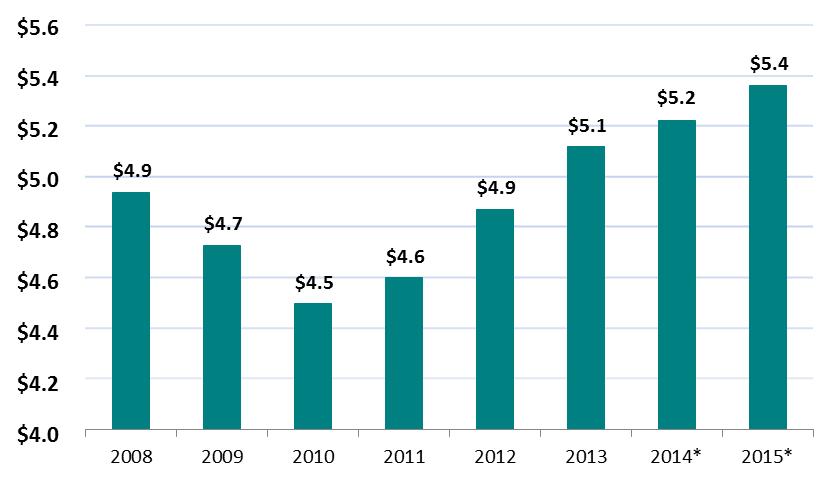 As revenues continue to rebound after the recession, lawmakers will be able to begin to restore funding to services that have endured year after year of budget cuts.  One important area for re-investment is K-12 education.  Not only has the K-12 funding formula, MAEP, been underfunded by over $1.3 billion since 2008, students have also seen a reduction in real per pupil funding.  Mississippi now spends $648 less per K-12 student than before the recession.

After the revenue estimate is released, the Governor’s office and the Joint Legislative Budget Committee release their budget recommendations.   Stay tuned for more analysis on trends in collections for the specific taxes that make up the general fund, like personal income taxes, corporate taxes, and sales taxes and for analysis of the Governor’s budget recommendation.