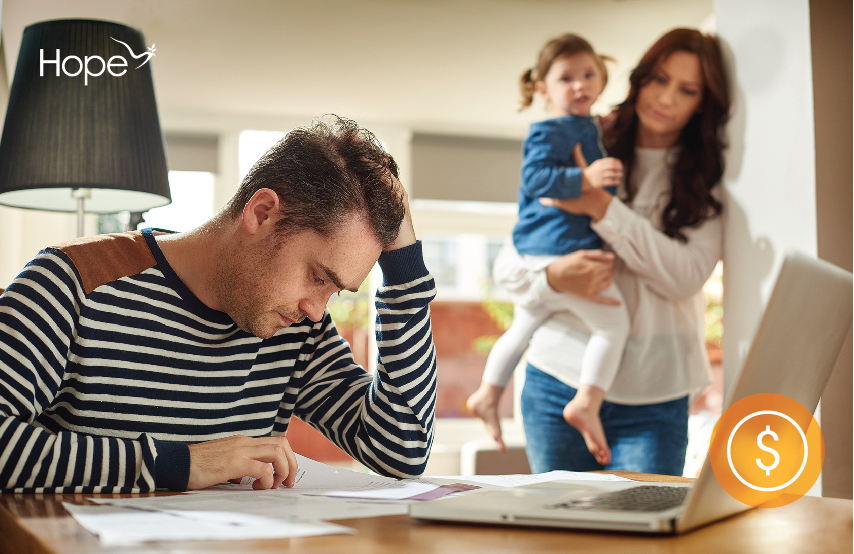 Last week, the Mississippi Legislature’s Tax Policy Panel met to hear from an analyst from the conservative-leaning Tax Foundation. The analyst presented their views on the state’s tax system, its business climate, and some policy options. (See presentation here.) However, many of the points made only tell part of the story on tax reform.

Economic research on cutting taxes to improve state economies is far from unanimous. While there are some studies that show taxes have an effect on growth as they highlight, other studies show tax cuts have a negative effect on growth when followed by budget cuts. Many others show cuts have little to no effect on growth. If you examine the real world results of many of the states that recently bought into the idea of quick-fix tax cuts, their economic growth is trailing the national average in both job growth and GDP growth. 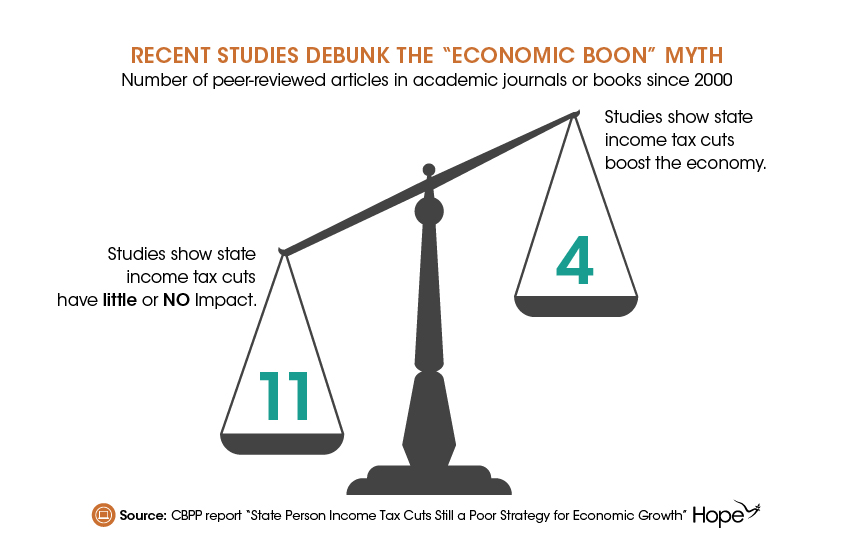 Additionally, several examples were lifted up of states that have engaged in tax reform recently, including its “gold star” example of North Carolina. However, the North Carolina tax changes have resulted in a tax shift onto low- and middle-income working families and threats to the state’s education system. Further, the North Carolina Budget and Tax Center released a report earlier this week that challenges the notion that tax cuts have led to improved economic outcomes. 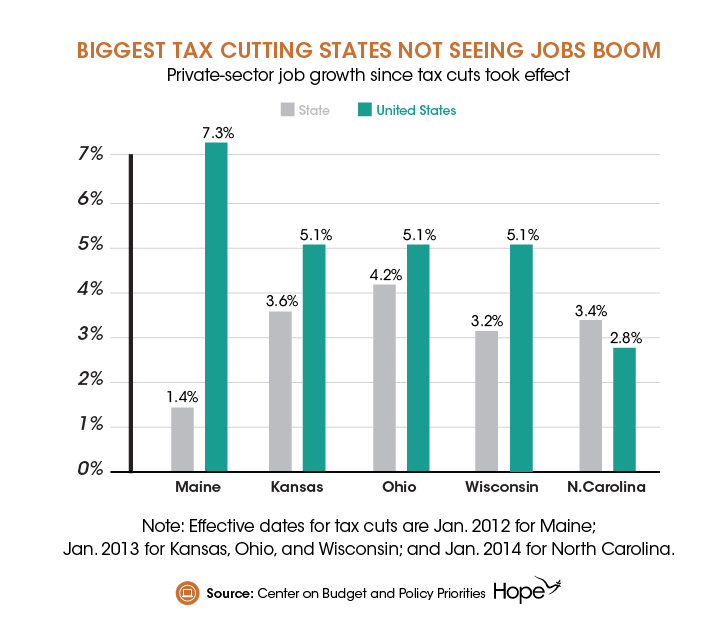 When you think about what’s holding Mississippi back as a state, it’s not that we are a high tax state. We heard from the Tax Foundation last week that Mississippi is actually in the top ten among states for its low percentage of income paid in state and local taxes. However, we also know that Mississippi consistently ranks at the bottom in many quality of life indicators like education and health. These are things that require long-term public investment in high-quality schools, safe communities, and healthier people. Cutting taxes and/or shifting the burden on to working families will jeopardize the state’s ability to make progress in producing a healthy, well-trained and skilled workforce.