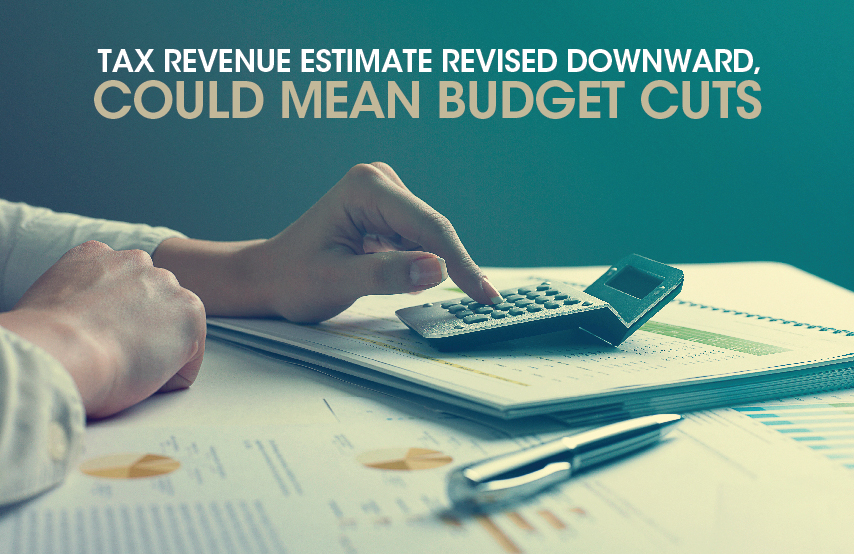 Tax collections for the current budget year are expected to come in $65 million below what was originally estimated. Unless revenues rebound, this will mean either mid-year cuts to services or dipping into the state’s rainy day fund. The state’s rainy day fund is full to its statutory cap and should be used to prevent interruption of services.

A few weeks ago the state Revenue Estimating Committee met to release its estimate for how much the state will collect in tax revenue next year. This is the amount the legislature will have to use as they craft the state budget for 2017 (from July 1, 2016- to June 30, 2017). At the same time, the committee provides an updated estimate of how much tax revenue will come in during this budget year (July 1, 2015-June 30, 2016). Appropriations for the current year have already been made based on earlier estimates. 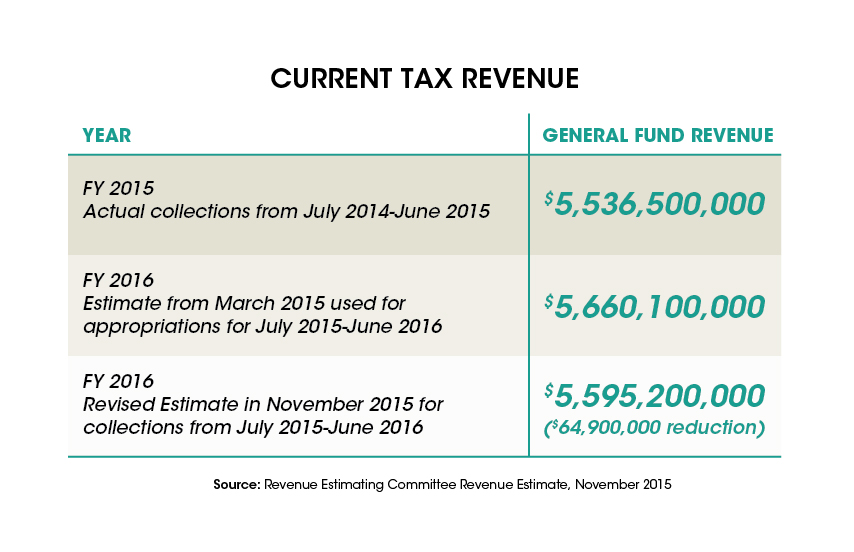 One factor affecting revenue collections is that the state’s economy is still not recovering consistently from the most recent national recession. Research from the U.S. Bureau of Economic Analysis shows that while the nation has been recovering, Mississippi’s state gross domestic product (GDP) contracted in 2013 and 2014, meaning that Mississippi’s economy was actually in a recession during those years.  Actual State GDP Data is not available yet for 2015. 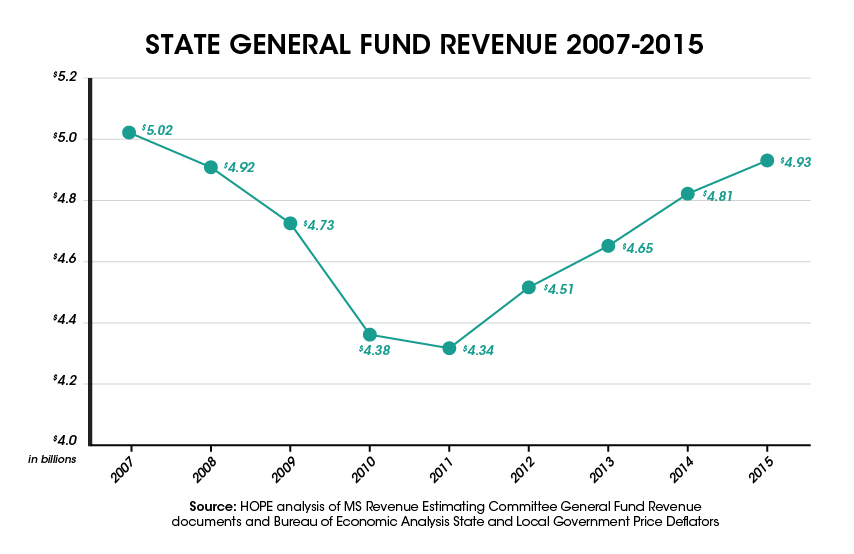 What about tax cuts and revenue collection?

While state revenue has been growing year over year, it has been climbing up from the deep trough caused by the great recession and has not yet recovered to pre-recession levels when adjusted for inflation. At the same time, lawmakers have enacted a number of recent tax breaks for businesses that are beginning to have an effect on revenue. Many of these were enacted without even having an estimate of how much they will cost or an analysis on who would benefit from these tax breaks, large corporations or working-Mississippi families. For example, a credit was enacted to offset local inventory taxes paid by businesses. When fully phased in, the credit is expected to cost about $126 million annually. Another law passed to change administrative laws on business taxes will cost about $100 million annually when fully phased in.   With current revenue lagging behind estimates, now would certainly not be a good time to enact more of these corporate tax breaks, especially without detailed and transparent cost estimates.

With revenue estimates down nearly $65 million, lawmakers should use the state’s rainy day fund to avoid cuts to programs that benefit Mississippi’s families and communities. Lawmakers must also consider the long-term effects of tax cuts such as those to businesses that do not benefit the people who need them the most – low- and moderate-income Mississippians.