The ABCs of the Mississippi Budget 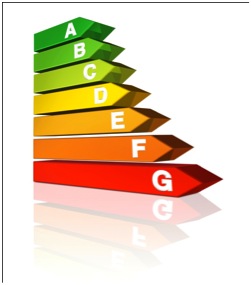 Budget Appropriation Process: Through this process, the State Legislature and Executive Branch work together to:

Budget Hearings: Each year, agencies must make decisions about their budget needs and priorities and submit their budget requests for approval by the Legislative Budget Office and the Governor by August 1.st In September, the JLBC conducts hearings to discuss all of the agency budget requests.  These hearings give committee members the opportunity to ask specific questions of agency directors.  Sessions are open to the public and usually take place two to three weeks after Labor Day.

Built-in Costs*: New costs arising from new or expanded programs which are deemed as mandatory due to state or federal law, court order or previous legislative commitment are called built-in costs.  The calculation of built-in costs is often difficult—while a new program may be mandated, the level at which it is to be funded is not mandated.

Committee: There are several committees that participate in the budget-making process:

This year’s members are:

Other Members – House of Representatives

Revenue Estimating Committee: This committee examines economic trends and estimates the amount of revenue that the state will collect in the next fiscal year. Its estimates are based on current economic indicators and its opinion about the economy’s growth potential.

Members of this Committee include:

J. Ed Morgan, The Commissioner of Revenue of the Department of Revenue

Federal Funds: Federal Funds are earmarked by the U.S. government for specific state programs.  They are appropriated each year by the Mississippi Legislature, but must be spent in keeping with federal rules.

Fiscal Year (FY): The yearly accounting period for which budget decisions are made.  The fiscal year for the state of Mississippi runs from July 1st of one year to June 30th of the next year.

General Fund: General Funds come from general state tax collections (mainly income and sales taxes) and pay for many key services provided by our state, including K-12 education, colleges and universities, and corrections.

Lapse*: The unexpected portion of any General Fund appropriation which is returned (or lapsed) back to the General Fund at the close of the fiscal year.

Special Funds: Special Funds are established through state statute or constitutional provisions that earmark funds for a specific purpose.  Like General Funds, they must be appropriated annually, but these funds are not usually subject to the same level of debate. The Department of Transportation is an example of a Special Fund agency that derives some of its funding through a tax on fuel.

State Budget: The state budget is the collection of laws which determine how the state collects and spends resources.  It is passed each year and includes spending decisions for each service that the state provides and revenue decisions affecting every state resident.

Strategic Plan*: A strategic plan is a 5-year plan prepared by an agency that establishes long-range goals for the agency and a course of action to achieve those goals.  Strategic plans are submitted by each state agency along with their annual budget request.

Coming Up…
This blog post included a sample of the many terms associated with our state budget.  Be on the lookout for our new release, The Nuts and Bolts of the Mississippi Budget, which will include over 40 useful key terms.

In the future, MEPC’s website will be updated to include a “Glossary of Terms” which you can refer to as you remain engaged in our state’s budget process.