The Nuts and Bolts of the Mississippi Budget Chapter 4: Evaluating Mississippi’s Tax System

How Does One Evaluate a Tax System?
Many different factors can be used to evaluate a tax system. There is no “set standard” of factors; however, there is general agreement that some of the most important elements include:

In summary, “healthy tax systems” generate enough revenue to pay for services, collect taxes based on one’s ability to pay and are transparent. 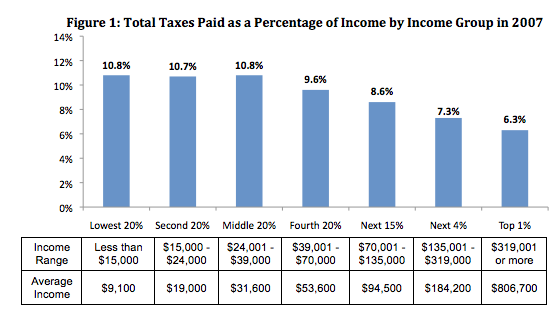 Sales Taxes Are Regressive
Mississippi relies heavily on the sales tax to generate revenue. Our state’s sales taxes are regressive because low-income working families pay a higher proportion of their incomes on those taxes than people with higher incomes. Furthermore, Mississippi’s sales tax is more regressive than in other states because it taxes groceries—an item that low-income working families cannot avoid purchasing.

Our Tax System Lacks Transparency
Currently, our state offers a number of corporate tax breaks.  These different tax breaks are also called tax expenditures. Tax expenditures are usually less visible than other types of public spending, which makes it more difficult for policy makers and the public to evaluate them.

Did you know that Mississippi’s working families with wages below the federal poverty line are still subject to the state income tax? You can read more about this in Chapter 4 and on our Policy Matters Blog.

Still Want More?
Take a look at the rest of the text by following this link. Stay tuned for the next blog in this series which will outline three crucial steps for becoming involved in the budget-making process.