This week the Clarion-Ledger ran an article entitled “Young women without kids or husband outearn men in cities,” which highlighted that across the nation, young, single women without children earn 8 percent more than their urban-dwelling, male counterparts. The article may have left some readers curious about trends in women’s and men’s wages in Mississippi.

Women in Mississippi Earn Less than Men Across All Educational Levels 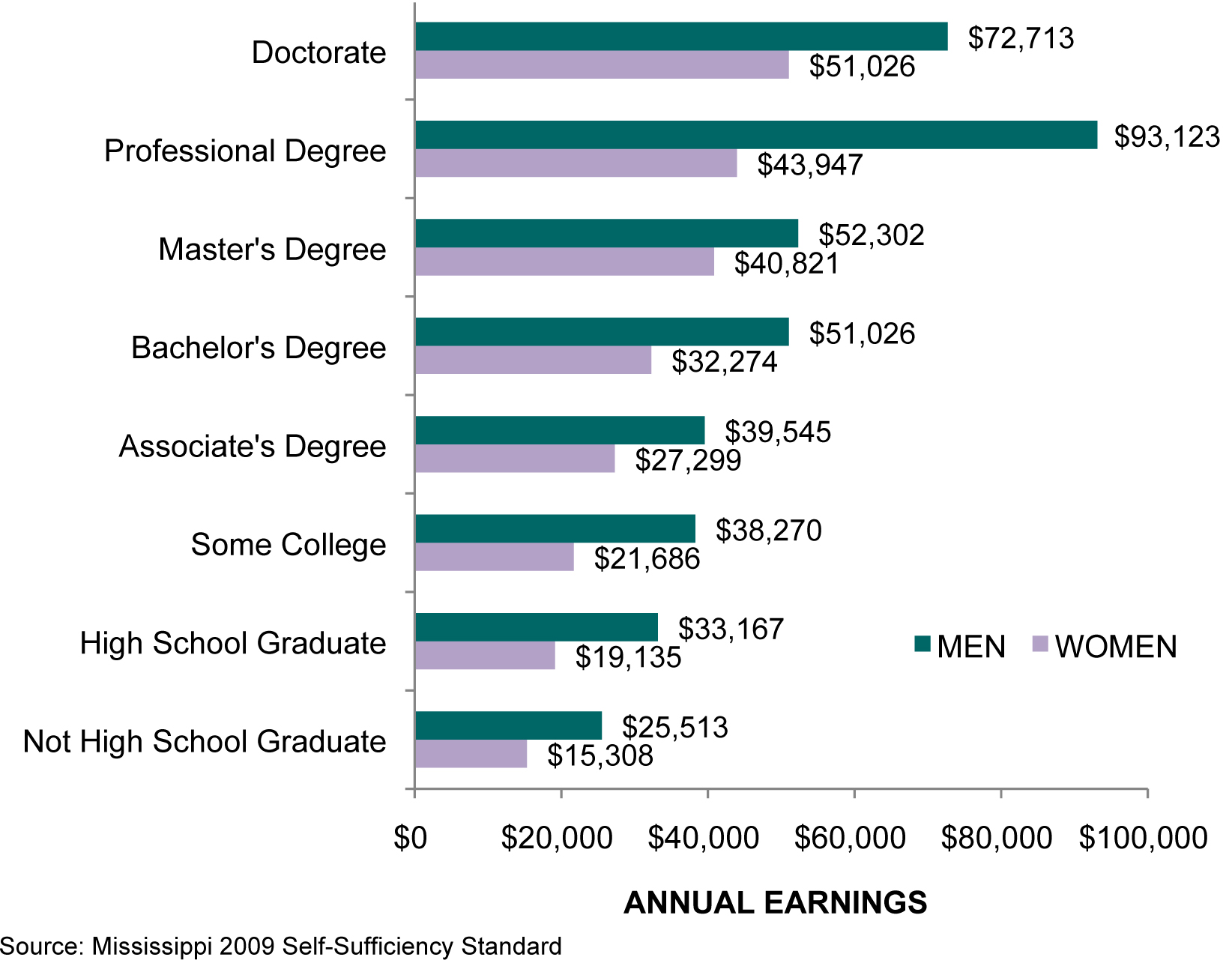 The chart also reveals that regardless of gender, annual earnings increase as education increases. For Mississippi’s women, postsecondary education can lead to substantial earnings increases. Women with an Associate’s degree earn 43 percent more than those that graduate from high school but do not go on to postsecondary education. Median wages for women with a Bachelor’s degree are 69 percent higher than median high school wages.