At the height of the recession, Mississippi experienced high levels […] 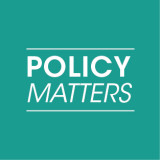 In November, the Revenue Estimating Group released its revised Fiscal […]

Mississippi’s unemployment rate improved slightly to 9.7% from September to […]

Programs that ensure low-income, working families have adequate resources for […]

The Executive Budget Recommendation calls for “level” funding of the […]

The Joint Legislative Budget Committee approved a possible plan for […]

In the last 25 years, the median income in Mississippi has […]