New MEPC Director, Dr. Corey Wiggins, was recently quoted in an article from the Northeast Mississippi Daily Journal on July 22, 2014. The story is below: 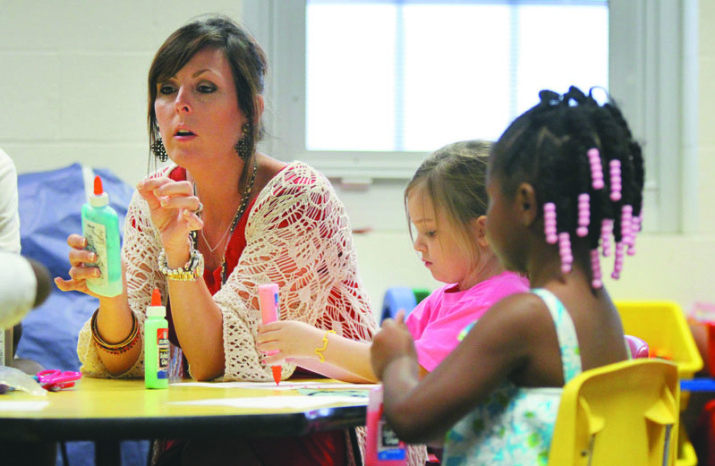 Despite making gains in health and education, Mississippi fell back into the bottom spot in the annual Kids Count Report. The Annie E. Casey Foundation today released this year’s ranking of overall child well-being. It measures data related to economic well-being, education, health and family and community. Ranked 49th last year, Mississippi showed improvement in each of the four data points related to education and to health. New Mexico made greater gains, however, to drop the Magnolia State to 50th. Mississippi was particularly hurt by its child poverty numbers. About 35 percent of the state’s children live in poverty, compared to a national average of 23 percent.

Between 2005 and 2011, Mississippi saw a small improvement in the number of low birthweight babies born in the state. “It is really a matter of where Mississippi is starting from,” said Linda Southward, Mississippi Kids Count director. “For Mississippi to improve, the gains need to be made at a faster rate.” Improvements in education included more kids attending pre-K and graduating from high school. Students also scored better on a national test in fourth-grade reading and eighth-grade math. Health gains were reductions in low-birthweight babies, children without health insurance, child and teen deaths and teens who abuse alcohol or drugs. “We’ve got a long way to go, but we’ve improved a tiny bit,” said Mississippi State Health Officer Dr. Mary Currier. “It gives us hope to know change is possible.” Currier is especially encouraged by the downward trend in the teen birth rate, which has continued despite the economic downturn. “To be healthy as a child, adolescent and adult, you need a healthy start,” Currier said.

The percentage of the state’s students not attending pre-K dropped from 54 percent between 2005-2007 to 50 percent in 2010-2012, the most recent data used by Kids Count. That is meaningful because pre-K helps children enter kindergarten ready to succeed, said longtime education advocate Claiborne Barksdale. Without pre-K, he said, many low-income students are already behind their peers when they enter school because they have often heard fewer words and had less access to educational resources. “If we really expect to have children in poverty succeed in school, then we understand we need to begin working with them in their earliest years to try to get them off to a good start and get them where they need to be,” he said. Southward said she is particularly excited that the state has begun to spend public money on pre-K for the first time. In 2013, it became the last Southern state to do so, awarding $3 million each to two programs – the Early Learning collaborative grant program and Mississippi Building Blocks. The collaborative is a competitive grant program that has funded 11 groups that will serve about 2,000 children. This year, the state re-appropriated $3 million, which will continue the program but not grow it.

The biggest concern for Mississippi was worsening childhood poverty data. The percentage of children who live in poverty rose from 31 percent in 2005 to 35 percent in 2012. The state also had more children whose parents lack secure employment (40 percent) and who live in households with a high housing cost burden (35 percent) and more teens not in school and not working (12 percent). “We have to acknowledge these issues around families and children are very complex issues,” said Corey Wiggins, director of the Mississippi Economic Policy Center. “There is not a one-shot approach.” Addressing them includes supporting and investing in public education and increasing access to health care, health insurance and financial institutions, he said. With education numbers improving and poverty numbers growing, a question may be which impacts the other in future reports. Will the rising education level reduce poverty or will growing poverty create challenges that make education gains more difficult? “One of the things we want to be clear about and to make sure of is when students graduate, they have opportunities for employment,” Wiggins said. “We want to make sure we are investing into these new graduates so they have the necessary skills and education they need to be successful in higher education and/ or the job market.”

The annual Kids Count report is extremely valuable for those working to aid children and families. “Knowing where we are and where we’ve been allows us to change to improve the future,” Currier said.

The article can be found here.