Is Income Inequality the Fault of the States? 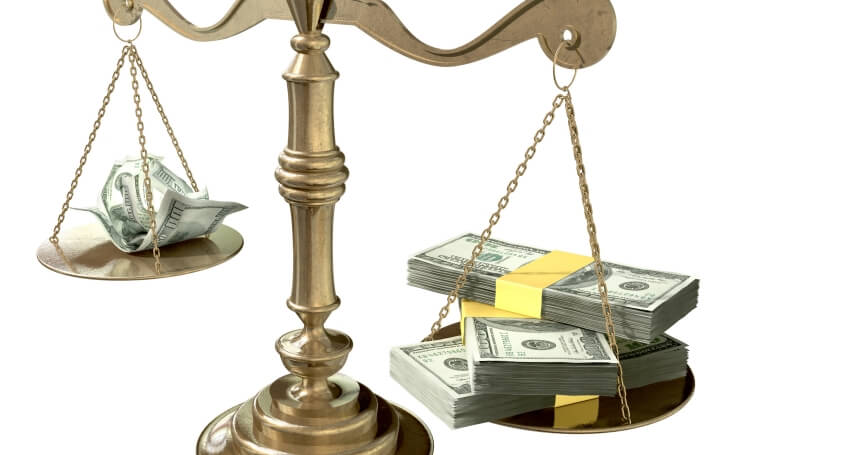 Hillary Clinton (D), Sen. Bernie Sanders (D) and Sen. Elizabeth Warren (D) may believe the “deck is stacked” against the lower- and middle-income wage earners in America. But even if they get their way, there may not be much that can be done on a federal level to ease the problem of income inequality.

It showed it is a mistake to believe Washington is best equipped to fix the problem if only because many state tax codes are working against a federal tax system that is supposed to tax the rich more than the poor.

The economists — Daniel Cooper, Byron Lutz and Michael Palumbo — found federal tax laws can do much to relieve income inequality that has been growing in the U.S. since 1980. But state tax laws, on average, actually increase income inequality, some more than others.

Their study showed there are some states — Minnesota, Oregon and Wisconsin, to name three — where state tax laws actually relieve income inequality by compressing the income distribution about one-sixth as much as federal taxes do.

On the other side of the spectrum, the study found the tax laws in West Virginia, Tennessee and Mississippi work to make income inequality worse.

The whole purpose of having a progressive tax system, as the federal system is intended to be, is to tax the rich at a higher rate than the poor. But the study from Cooper, Lutz and Palumbo showed in states like West Virginia, Tennessee and Mississippi, state tax laws work to undercut “inequality reducing effects” of the federal tax code by nearly 33 percent.

Most states rely on sales tax revenue to pay the bills much more than does the federal government. The economists believe therein lies both the cause and a possible cure of income inequality, which would include a more appropriate income distribution.

State taxes on gasoline, food, and clothing tend to widen the income gap because rich people spend a much smaller fraction of their income on those items than do people in the middle- or lower-income groups.

Tax exemptions for those categories — there are some states where food is not taxed at all, for instance — can do much to reduce income inequality, according to the study. It also calls for the addition of state earned-income tax credits in addition to the federal EITC program that provides tax credits and in some cases even cash to low-income workers.

Yet none of that is on the agenda of the West Virginia Legislature’s Joint Committee on Tax Reform. Instead, they are preparing for a June 9 hearing to help answer the tricky question of how to use state tax incentives to grow businesses and, hopefully, jobs, but not reduce the problem of income inequality.

Mississippi legislators are being urged to address the problem of income inequality through tax reform.

The Center on Budget and Policy Priorities and the Economic Policy Institute, two Washington-based think tanks, released a study in April 2015 that showed the gaps between the rich and the poor and the rich and the middle class had grown more in Mississippi than in any other state since the late 1990s.

“The findings of the study are particularly relevant in the context of state tax reform,” said Ed Sivak, director of the Mississippi Economic Policy Center. “We have an opportunity to make Mississippi’s tax system more balanced, which will encourage personal responsibility, make work pay and create pathways for working families to move up the economic ladder.”