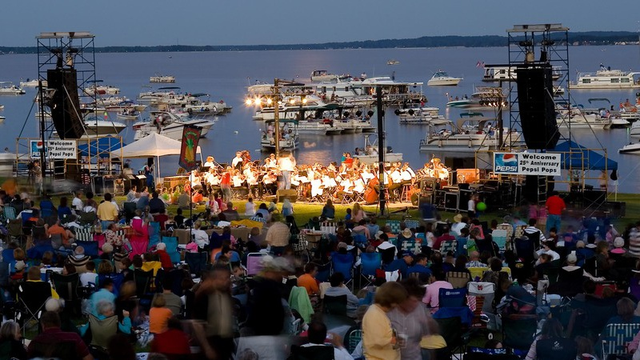 Mississippi school districts are expected to find out later this morning how many of their third grade students passed the state’s new reading exam and will advance to the fourth grade. The state Board of Education set a passing score of 926 for the reading exam at a special meeting on Thursday, meaning third graders have to earn at least that in order to be promoted to the fourth grade. The Department of Education says statewide, about 85 percent of Mississippi’s 38,000 third graders earned a passing score. State Superintendent Carey Wright told MPB’s Evelina Burnett that students who didn’t pass will have two chances to take the test again.

A new report called Five Threats To Mississippi’s Tax System has been issued by the Mississippi Economic Policy Center. The report questions the state’s current tax code and calls for changes that the group says could increase state revenues for necessary services. Sara Miller is Senior Policy Analyst for the group.

Pepsi Pops is tonight on the Ross Barnett Reservoir in Ridgeland. The annual outdoor concert by the Mississippi Symphony Orchestra is a fun-filled family affair. Michael Beattie is president and executive director of the Symphony. He told MPB’s Sid Scott the concert is a longstanding tradition in Mississippi.