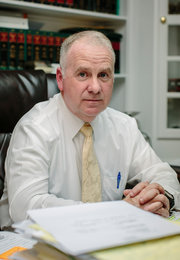 The victory of Mark Tullos, a Republican, adds to the G.O.P.’s hold on power in the state.

ATLANTA — Blaine Eaton II, the Mississippi state representative who won a tie election by pulling a long green straw in a state-sanctioned ceremony — only to be removed from office by the Republican-controlled House — was back on his farm in Taylorsville on Thursday, feeding his cows and licking his wounds.

“I was hanging on by a long, green straw,” said Mr. Eaton, who, in two decades in the legislature, refined his flair for the homespun epigram, “but it’s done broke.”

The emotionally charged vote Wednesday to unseat Mr. Eaton, who goes by Bo, and replace him with his Republican rival, Mark Tullos, enraged many Democrats in Mississippi, who said that House Republicans improperly applied a state statute when they ruled that a handful of the votes cast in the Nov. 3 race were invalid because the voters did not file a written change of address with the local registrar.

John Corlew, a lawyer for Mr. Eaton, said Thursday that he was considering filing a federal lawsuit to challenge the House’s decision on the grounds that it denied some voters equal protection under the law.

But for Mississippi Republicans, the ouster of Mr. Eaton is only good news, granting them a three-fifths majority in the lower chamber, the threshold needed to pass revenue-related bills over Democratic opposition. That achievement is a reflection of the continuing and drastic recalibration of political power in Mississippi: Republicans gained a majority in the House — their first since Reconstruction — in the 2011 elections. Republicans have a supermajority in the Senate, and Gov. Phil Bryant is a Republican. 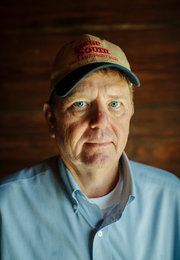 Practically speaking, the new political math in the House could clear the way for Republicans to enact sweeping tax cuts. That is likely to exacerbate a tension that defines so much of modern-day policy making in the South, where an ardor for small government often coexists uneasily with low wages and enduring poverty.

Last March, House Democrats were able to thwart Republicans from passing a $555 million tax-cut proposal. The arguments would be familiar anywhere: Many conservatives said that the cuts would improve the business climate, while liberals said they would mostly benefit the wealthy and make it harder to fund public schools, public health and public safety.

The difference in Mississippi was the scale of some of the leading Republicans’ ambition: One early House plan, supported by Speaker Philip Gunn, would phase out the state income tax over 15 years. The liberal-leaning Hope Policy Institute noted that individual income taxes accounted for nearly a third of general fund revenue.

The other difference is the depth of poverty in Mississippi: Its 21.5 percent rate is the highest in the nation. Mr. Eaton, a rural populist, says his ouster will make things worse.

“What I perceive is that there will be continuous tax cuts for corporations in the name of economic development, and the whole time, the standards of living and quality of education will go down,” he said.

With the new legislative session underway, Republicans will probably have to choose, or blend, elements of tax-reform plans previously proposed by three of the party’s most powerful men. Mr. Gunn may again push to phase out the income tax. Mr. Bryant is expected to once again push for an income-tax cut for Mississippians earning less than $53,000 a year. Lt. Gov. Tate Reeves has advocated a phaseout of the business franchise tax and other cuts.

This year, however, it is fiscal reality, rather than the Democrats, that may stand in the way of any tax relief package. Mr. Bryant, responding to a budget shortfall for the current fiscal year, ordered nearly $40 million in cuts Monday while allocating about $35 million from the state’s reserve fund to make up for it.

Some Democrats are wondering how much taxes can be cut in such a climate. But Mr. Reeves argued Thursday that the state could not afford to put off long-term solutions.

“Any revenue numbers in any one year should not dictate long-term tax policy,” he said. “We need to put tax policy in place that’s going to encourage and incentivize long-term job growth.”