After Katrina, shoppers in Orleans Parish looking for groceries, clothes or other essentials were under-served by about 30 percent, Brenda Canada, director of retail attraction and development at New Orleans Business Alliance, said last week. Residents drove to Jefferson or St. Bernard parishes for their needs or bought online. If they didn’t have a car, they often purchased what they could find at the nearest dollar store. Much of that has changed, however, because of the city’s efforts to lure retailers and capture lost tax revenue.

In 2011, the city created NOLA Business Alliance, a public-private partnership, to attract retail and other businesses, assist small enterprises and encourage commerce. In 2013, the partnership implemented Prosperity NOLA, a growth plan for retail and other sectors. These attempts paid off as major stores moved in, with some of them filling spaces left vacant since Katrina in 2005.

Stores and complexes that opened in 2013 included Costco on Carrollton Avenue, Mid-City Market, Algiers Plaza, H&M on N. Peters St., Tiffany & Co. downtown, and CVS and Big Lots in New Orleans East. Among those in 2014 were Circle Foods on N. Claiborne, a Walmart in New Orleans East and another one in Gentilly, The Outlet Collection at Riverwalk, Whole Foods Market on Broad Street and West Elm on Magazine Street. This year, South Market District near the main post office and the Magnolia Marketplace on Claiborne Avenue opened their doors. 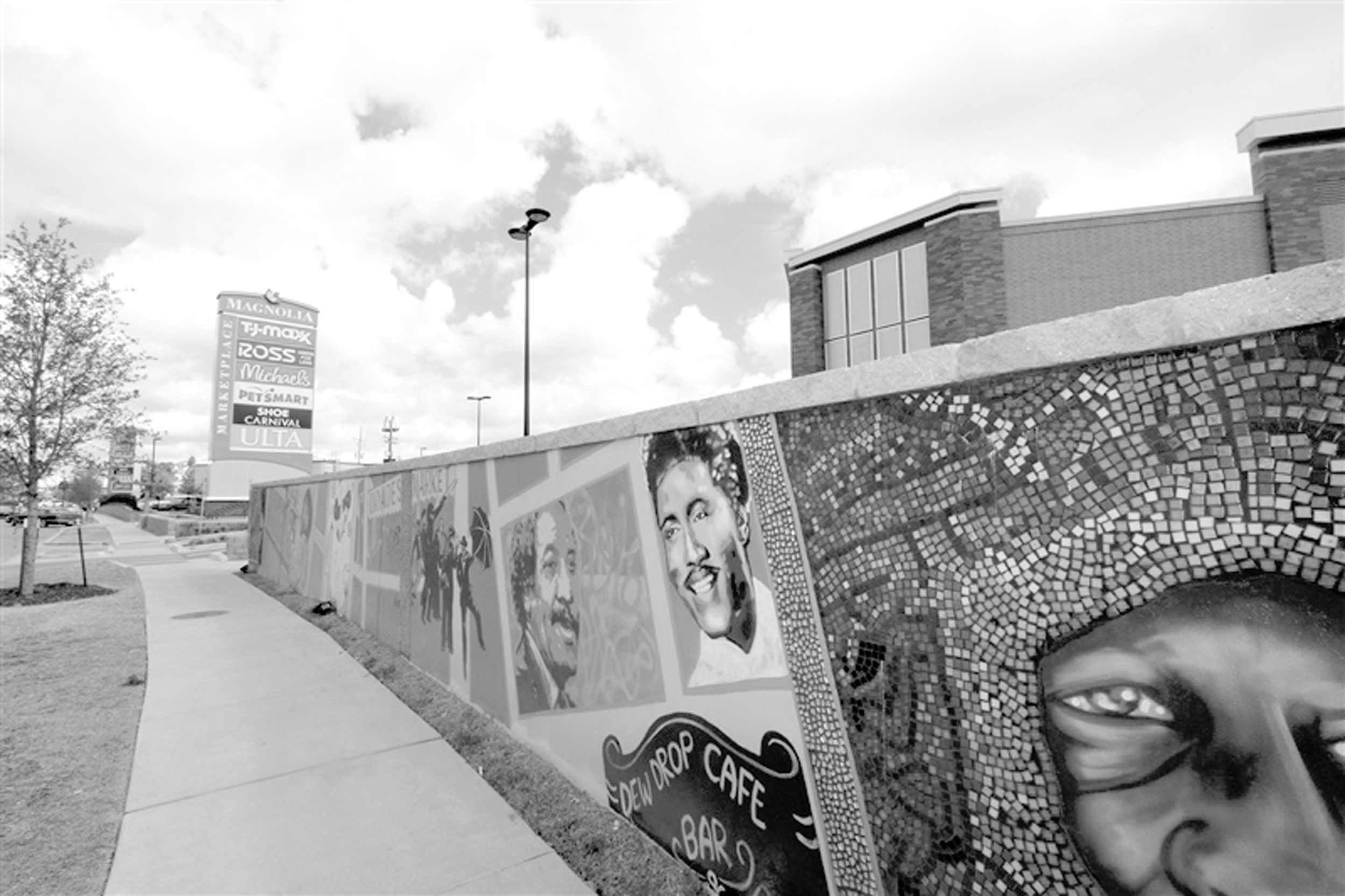 Shops at Magnolia Market on South Claiborne opened in March.

On Dec. 1, the New Orleans City Council approved a $601.7 million operating budget for 2016 submitted by the mayor this fall. In it, sales taxes are the top source of general fund revenue, followed by property taxes. Sales taxes are levied on general sales—which are the major pool—and on motor vehicle sales and hotel room sales. From a combined 13 percent state and local tax on hotel and motel rooms, the state gets most of that, with the city keeping 1.5 percent.

Last year, the value of taxable retail goods in New Orleans surpassed $6.5 billion and was the highest ever. “The rate of growth in sales of taxable goods was about nine percent in 2014, nearly on par with a remarkable 9.6 percent growth rate in 2013,” Rainey said. “This year, more strong retail sales are projected, with growth estimated at five percent from 2014.”

Could the retail market be nearing saturation now? Canada said many opportunities still exist and recent growth can be sustained. The city’s retail offerings are just beginning to approach what they’d been when department stores exited Canal Street in the 1980s. “We see possibilities all over the city,” she said. Some of the outlet stores in Riverwalk, for instance, are interested in opening full-price shops in other locations. Stores of various sizes want to situate near the Lafitte Greenway and UMC Medical Center and on O.C. Haley Boulevard. But Canada isn’t allowed to name these retailers because they make their own announcements first.

Parking lot construction remains a challenge because of the city’s many historic zones and designations. “And, unlike many American cities, New Orleans doesn’t have many abandoned, big-box store sites to build parking on,” Canada said. While places for sprawling lots are hard to find, narrower, vertical garages can be built instead. And possibilities exist for new retail establishments with little parking in areas frequented by public transit riders or those without cars, Canada said.

Many locals still walk or bike to grocery stores and other shops. And that’s certainly doable for residents of the 460-unit Harmony Oaks development. They can head out to nearby Magnolia Marketplace on South Claiborne without an automobile.

Meanwhile, store sales at Riverwalk since the refurbished mall opened in May of last year have surpassed retailers’ expectations, Frank Quinn, general manager of The Outlet Collection at Riverwalk, said last week. The collection’s 75 businesses make it the nation’s most downtown or centrally-located outlet complex. “The Outlet Collection plays a vital role in New Orleans’ growing reputation as a shopping destination,” Quinn said. “The retail economy is up throughout the city, and our transformation along the riverfront is contributing to that.” The Collection’s owner, the Howard Hughes Corporation in Dallas, is pleased with the center’s 2015 sales growth but hasn’t released numbers yet. Additional tenants could be announced soon, Quinn said.

While the Outlook Collection’s customer base is locals, the mix of its shoppers is about 50 percent residents and 50 percent tourists, with those shares fluctuating during the year, Quinn said. The city accommodates more than one million cruise passengers annually, disembarking at the Julia and Erato Street Terminals by the Riverwalk and staying an average of two nights, according to the Port of New Orleans. And Riverwalk is adjacent to the Ernest N. Morial Convention Center, hosting conferences with thousands of visitors at a time. At the revamped Riverwalk, out-of-towners and locals have far more to choose from now than the souvenirs and trinkets that had come to dominate the previous mall.
Hayne Rainey outlined some of the incentives given to and arrangements made with the new retail establishments. “Costco received a tax-sharing agreement of one percent of the city’s 2.5 percent sales tax to cover the cost of infrastructure improvements required by Federal Emergency Management Agency,” he said. In addition, the city committed over $2 million in Community Development Block Grant funds to Costco to improve adjacent streets and sidewalks. CDBG funds are provided by the U.S. Department of Housing and Urban Development.

“For Magnolia Marketplace, the City Council unanimously approved a special, economic development district for the site that will levy a one percent sales tax to finance up to $2.3 million in flood elevation costs and public infrastructure improvements,” Rainey said. “The council governs this special district, limited to its retail complex.”

In this hurricane-prone city, attracting new retailers took awhile after Katrina. A New Orleans Business Alliance report analyzing spending in 2012 estimated that Orleans Parish lost $1.9 billion in retail sales to neighboring parishes and other cities yearly. One factor that has helped the sector grow since then is word of mouth among owners, Canada said. When Tiffany and H&M, for instance, did well here, their operators told others, giving interested developers the confidence to set up shop.

This article originally published in the December 7, 2015 print edition of The Louisiana Weekly newspaper.