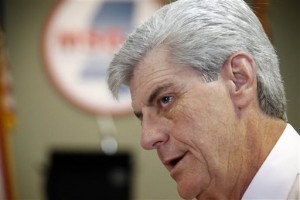 In a matter of months, thousands of Mississippians may lose the food assistance they receive through the federal Supplemental Nutrition Assistance Program or SNAP, formerly known as the Food Stamp Program.

More than 82,000 Mississippians who are adults without dependents and not disabled receive food assistance through SNAP. Formally, these individuals are referred to as able bodied adults without dependents. Of that number, more than 51,000 could lose the benefits because of the reinstatement of a three-month time limit during a three-year period to receive SNAP.

These individuals who are between the ages of 18-49 can be exempted from losing SNAP if they work 20 hours a week consistently, enroll in a job training program or participate in workfare. Actively looking for work does not exempt them.

The U.S. Bureau of Labor Statistics reports Mississippi’s unemployment rate is 7 percent, which is one percentage point higher than the national rate as of November 2015. The percentage means the state meets the criteria to apply for the waiver, but Gov. Phil Bryant has no plans to do so.

USDA Under Secretary Kevin Concannon thinks the state could do more to help people find employment.

“One of the aspects of Mississippi is that the federal government has set aside $1.5 million (for the state) to do job training for SNAP beneficiaries, but only spent $322,000 last year,” Concannon said. “It’s a shame the state has elected to drop people from the program.”

Since the latter part of 2015, the Mississippi Department of Human Services, which administers SNAP, has notified individuals who will be most affected by the changes.

In lieu of the waiver, the state has decided to implement a mandatory employment and training program. MDHS is working with the Department of Employment Security and has reportedly identified thousands of vacant middle skilled jobs through MSWorks.

Policy analysts at the Mississippi Center for Justice and the Hope Policy Institute in Jackson are among those advocating for the state to apply for the waiver.

“Hope Policy Institute believes the work requirement will not only hurt this struggling population even more but local businesses as well,” said Jessica Shappley, senior policy analyst with the institute. ”SNAP is one of the fastest, most effective ways to stimulate a struggling economy and provides economic activity to our grocers and businesses. The effects of the work requirements will be harmful to these individuals and our economy alike.”

“The unemployment rate is high and jobs are scarce. This is a time when people need food assistance the most,” said Matt Williams, policy analyst with the Mississippi Center for Justice, who noted that in 78 of Mississippi’s 82 counties the unemployment rate is higher now than it was in 2006. “We really need to apply for this waiver. It would extend benefits to the hardest hit counties.”

Williams describes those at risk of losing benefits as people who’ve fallen on hard times. Some have lost their jobs and residences; some are homeless and veterans.

“It’s a struggle to create training slots in the current system,” he said.

“That’s the problem with this work requirement,” Shappley said. “The jobs aren’t there.”