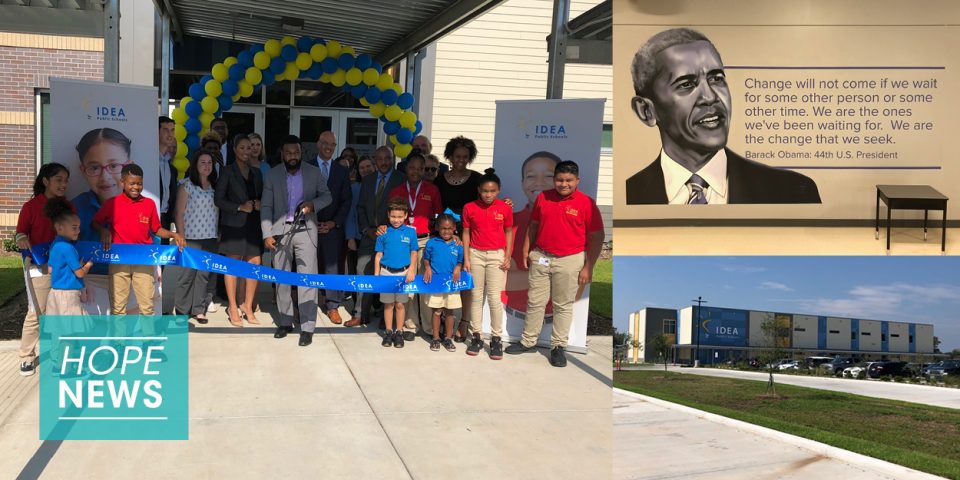 New School Closes Opportunity Gap for Low-Income Children in Louisiana
Hundreds of Louisiana youth from economically disadvantaged neighborhoods now receive their IDEA Innovation education in a new school facility, and HOPE provided financing for the project. IDEA schools prepare students for college, starting in kindergarten. The new school in Baton Rouge expands the number of students served from around 450 in 2018 to 936 by 2020, primarily serving children who come from low-income or minority households. The school also will create 70 new jobs in the community by its third year of operation. IDEA’s team says they are “closing the opportunity gap and increasing levels of achievement by preparing students from underserved communities for success in college and citizenship.” It’s a vision that parallels HOPE’s mission of investing in underserved people and places. HOPE’s financing was made through its Charter School Facilities Fund. Other financing partners included the Reinvestment Fund and Self Help Credit Union. 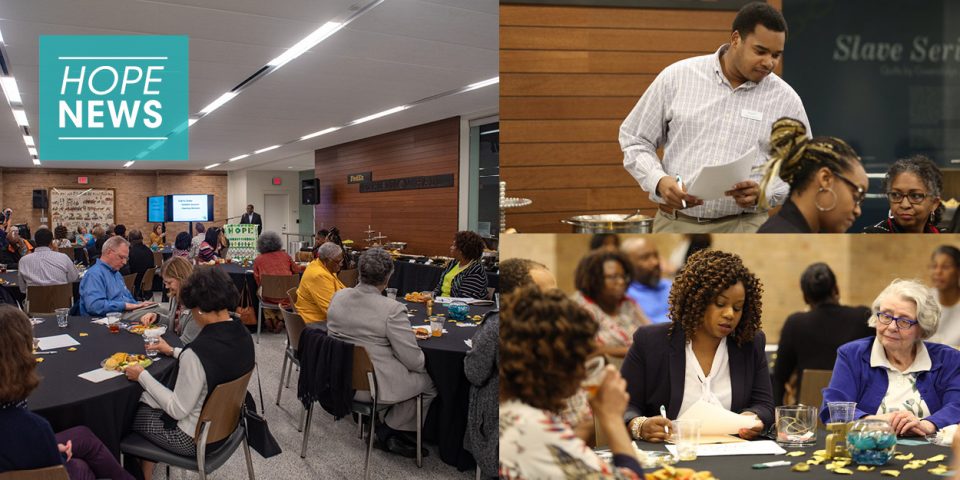 HOPE Members Cast Vision for Deep South Communities during Annual Meeting
There’s no grocery store in Utica, Miss. So when Utica Mayor Kenneth Broome and nearly 100 other HOPE members were asked to cast a vision for growth in their respective communities during HOPE’s annual Members Meeting, a fresh food retailer was at the top of his list. The visioning exercise was added to this year’s meeting agenda as part of HOPE’s 25th Anniversary commemoration. The purpose was to give members a platform to identify significant projects that could improve their communities, and for HOPE to listen and consider what role it could play in the communities’ growth. As the members held their table discussions, a HOPE representative documented key points. “It was a great exercise. A lot of times, people don’t have an idea of what a credit union can do,” Broome said. “This exercise showed that HOPE is more than just a credit union.” The meeting, held at the Mississippi Civil Rights Museum in Jackson, brought together credit union members, board members, partners and staff. HOPE gave a presentation outlining accomplishments from 2018 and previewing retail and community developments for this year. Please check the schedule for the upcoming regional meetings in Alabama, Arkansas, Louisiana, Mississippi and Tennessee. 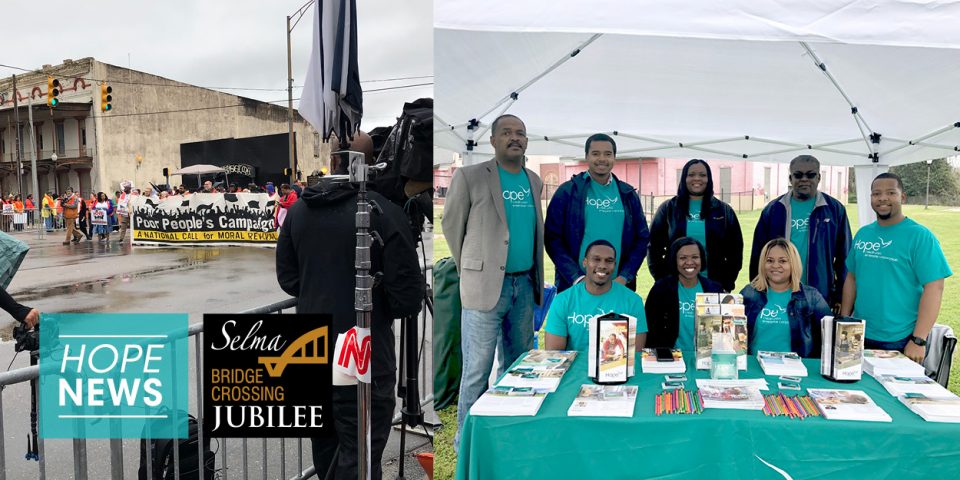 HOPE Co-Sponsors Empowerment Village at Selma Bridge Crossing Jubilee
HOPE recently had the opportunity to participate in an Economic Empowerment Village, sponsored by Legal Services Alabama, Rural Health Association and others, during the 54th annual Selma Bridge Crossing Jubilee. The event commemorates the protest marches of the 1960s in Selma, where peaceful marchers were met by violence from Alabama state troopers on March 7, 1965, which became known as “Bloody Sunday.” A few months after the protests, Congress passed the Voting Rights Act of 1965.

The people who visited HOPE’s table to receive free financial literacy included aspiring entrepreneurs, consumers seeking information about alternatives to payday loans and prospective homeowners. Since expanding into Alabama in 2017, HOPE has opened three locations — two in Montgomery and one in Birmingham, AL. “The Empowerment Village was an opportunity for HOPE to establish relationships with other organizations that provide services in distressed communities,” said Kendra Key, HOPE Senior Vice President for Community and Economic Development. “We’ll continue to work to deepen those relationships and broaden our outreach.” 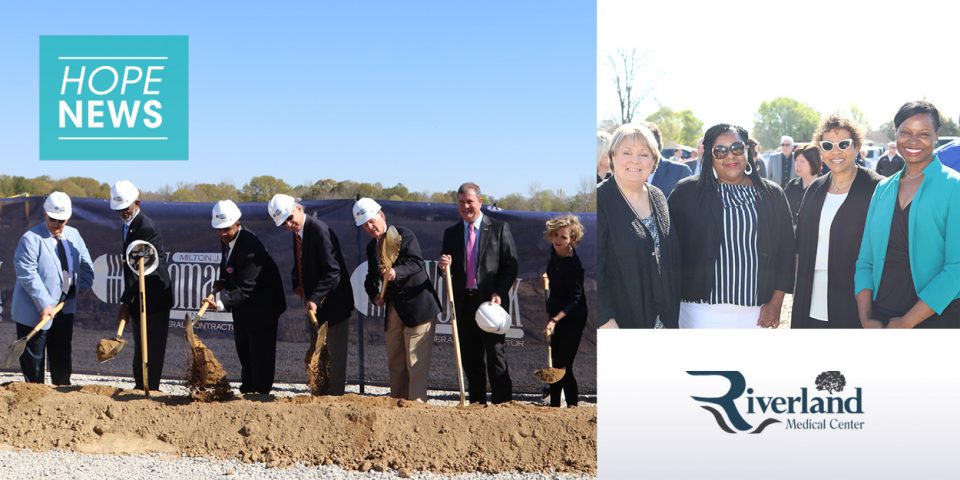 New Markets Tax Credit Project Expands Healthcare Access in Rural Community
Work begins on the construction of a new hospital in Ferriday — a project that expands access to health care services and provides jobs in Concordia Parish, Louisiana. Riverland Medical Center recently held a groundbreaking for the new facility, which was financed by HOPE and several partners, using New Markets Tax Credits. The event drew more than 100 supporters, including representatives from Louisiana Gov. John Bel Edwards’ Office, the U.S. Department of Agriculture and several state and local elected leaders. Riverland serves the residents of Ferriday, as well as surrounding towns and parishes, and is essential for people who are unable to travel long distances for care. Riverland is also an important anchor in the regional economy. This project will create 180 construction jobs and provide nearly 140 permanent jobs for local people once completed. 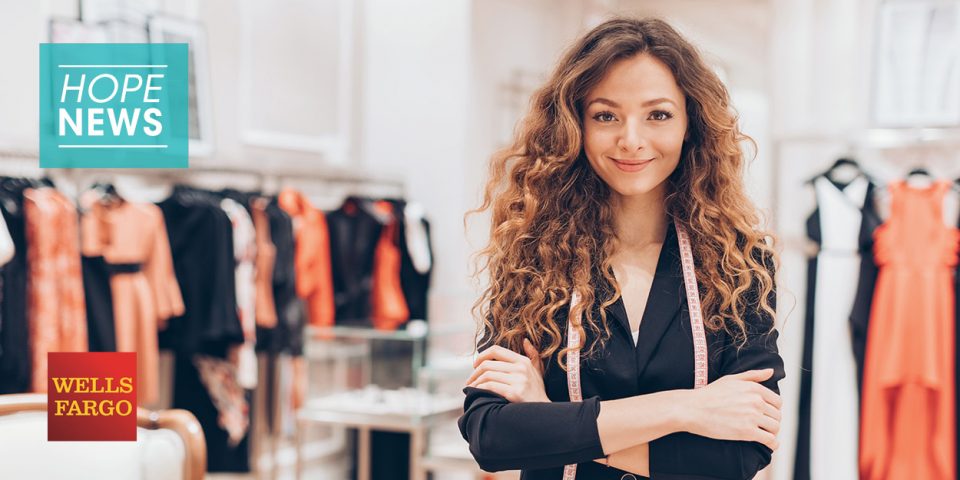 Wells Fargo Provides $2.8 Million Grant to HOPE to Promote Diverse Small Businesses
Wells Fargo recently announced $18.5 million in grants to nine Community Development Financial Institutions (CDFIs), including HOPE, so they can unlock capital or increase training to diverse small businesses across the U.S. The latest round of funding is part of the company’s ongoing Wells Fargo Works for Small Business®: Diverse Community Capital program, which was created to empower diverse small business owners with a $175 million commitment through 2020. With its grant, HOPE will provide technical assistance and credit-enhanced loans for more diverse small business owners. 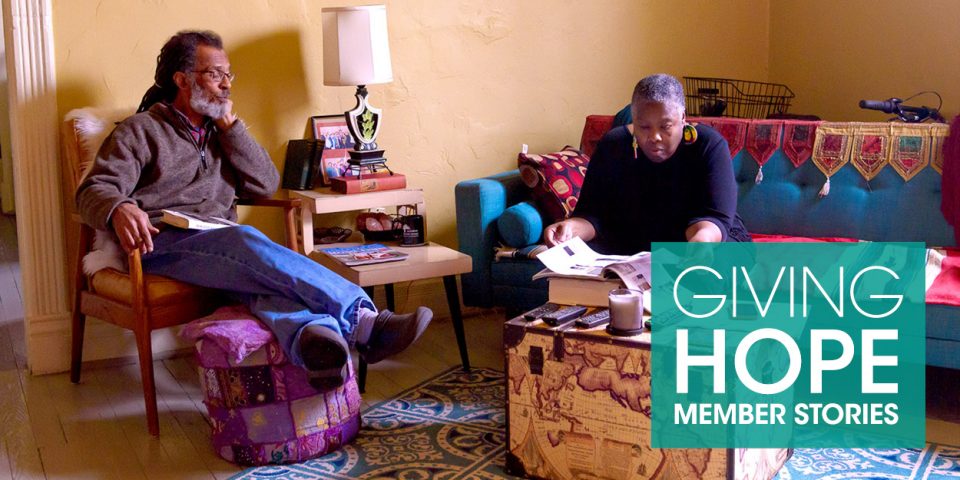 HOPE in a New Home
Menelik and Njeri are now the owners of a duplex they rented years ago thanks to HOPE. When they were ready to buy the home, they expected to encounter some obstacles, especially after reaching out to another financial institution without success. Then, someone referred them to HOPE. 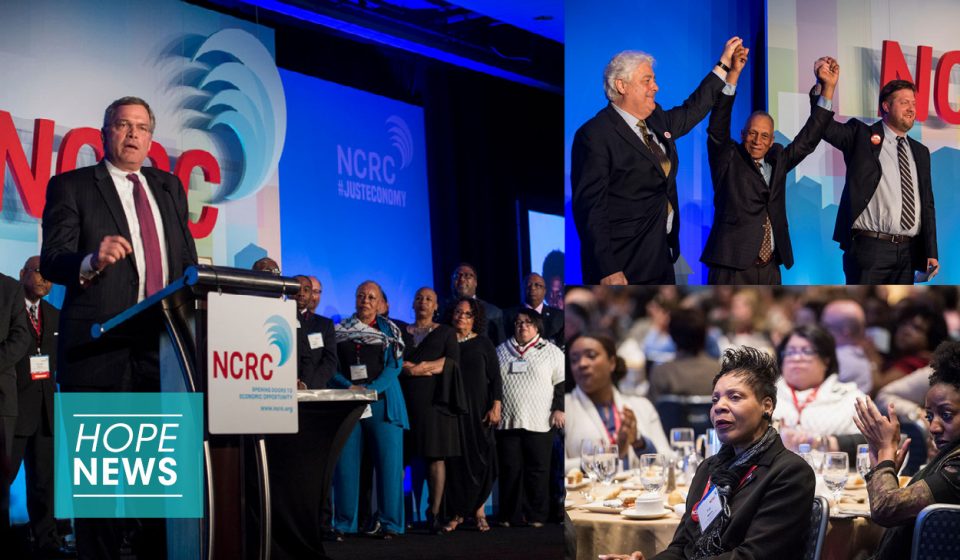 HOPE Advocates for CRA Expansion during 2019 NCRC Conference
Joining over 1,100 advocates at the 2019 Just Economy Conference hosted by the National Community Reinvestment Coalition, HOPE shared its perspective on the role of CDFIs in the Community Reinvestment Act movement. In a workshop titled “CDFIs and CRA: Refreshing the Roots of Our Movement to Democratize Capital,” HOPE EVP of Policy and Communications, Ed Sivak, underscored the importance of CRA, its limits in persistent poverty areas and the need for advocacy to expand it.  “These conditions (of underinvestment) exist because of conscious decisions, policy decisions made by government and private institutions to include and exclude who could fully participate in the region’s economy,” said Sivak. “My fear is not that our advocacy will isolate us, rather, it is that in the absence of our advocacy that CRA will disappear.” 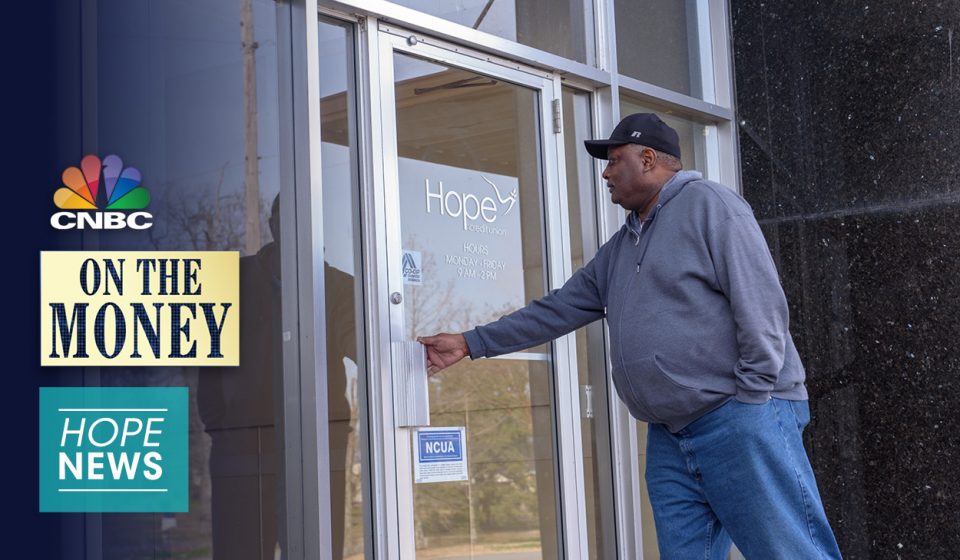