According to a report from the Office of Inspector General, approximately 34 million households in the United States live at least partially outside the financial mainstream. These households use non-bank services, like payday loan providers, services that deplete rather than preserve income and wealth. As a result, households that live outside the financial mainstream spend nearly 10 percent of their annual income on interest and fees from non-bank services; the same amount that most Americans spend on food each year. They are also more likely to live in underserved communities known as “bank deserts.” Bank deserts are defined as ZIP Codes with zero or one bank branch. Experts from the banking industry predict that banks will continue to close branches across the country, particularly impacting low-income and small, rural communities where many of the underserved live. 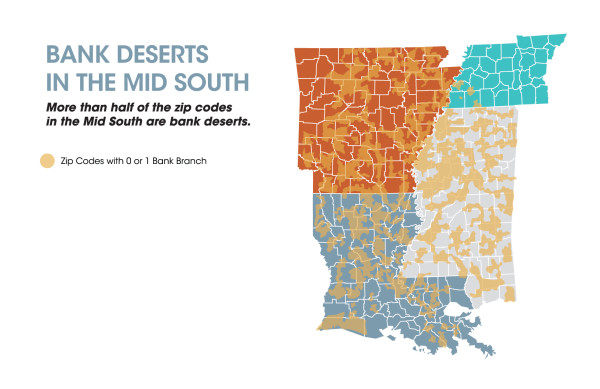