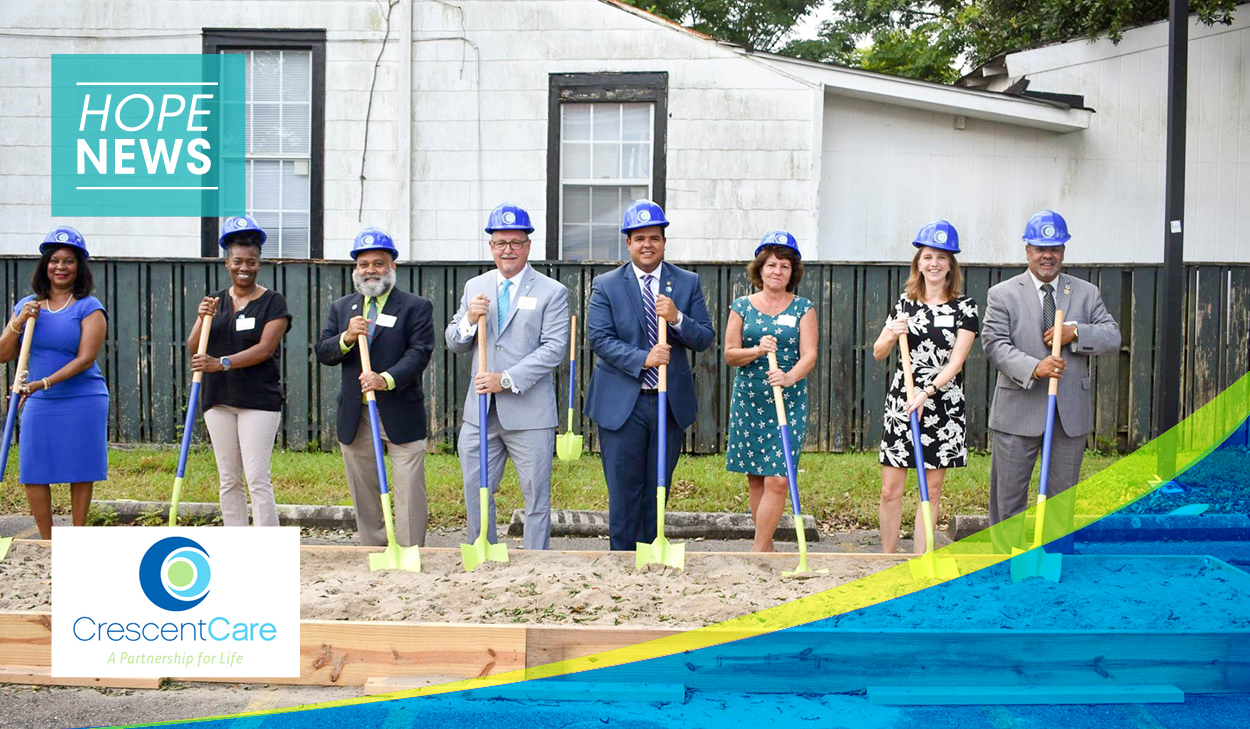 A new health facility will soon open in one of the most medically underserved regions in the nation after receiving financing from HOPE and several other partners. A ground-breaking for the new CrescentCare facility was held Aug. 15 at its future site in New Orleans. During the event, HOPE announced plans to open a branch inside the facility to provide affordable financial services to patients and their families. CrescentCare, a federally qualified health center, will combine four of its current service sites into a comprehensive campus located at 1631 Elysian Fields. CrescentCare has long been a primary source of care for the LGBTQ community, as well as people living with HIV and AIDS. CrescentCare grew out of the NO/AIDS Task Force, one of the oldest AIDS Services Organizations in the nation. The facility, which is expected to triple the agency’s current capacity, is set to open its doors in 2019. The new construction project is utilizing New Markets Tax Credit allocation from Primary Care Development Corporation, HOPE, and Chase Community Development Banking. Gulf Coast Housing Partnership serves as the developer and project manager. Read more. 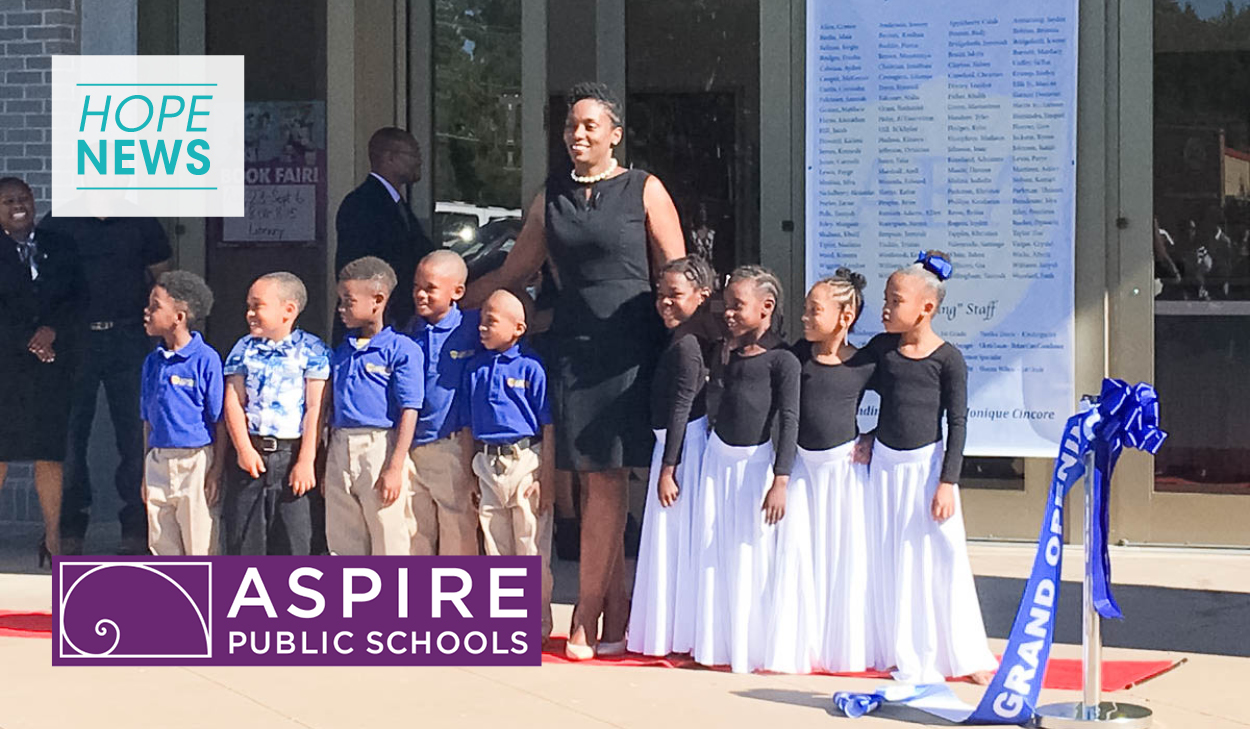 A new school has opened for underserved children in Memphis, TN. Aspire Public Schools Memphis held a dedication ceremony Aug. 24 for the completed Aspire East Academy expansion. The $6 million project, which was financed by Boston Community Capital, HOPE and Nonprofit Finance Fund, provides a permanent campus and will enable the school to grow to serve 450 students. Aspire offers a rigorous college preparatory curriculum to its students, nearly all of whom are children of color. HOPE’s financing was provided through its Charter School Facilities Fund, which is designed to enhance the facilities of high quality charter schools in the Mid South region of Arkansas, Louisiana, Mississippi and Tennessee. The fund is facilitating the investment of at least $70 million over five years in the acquisition, rehabilitation and new construction of charter school facilities. Read more. 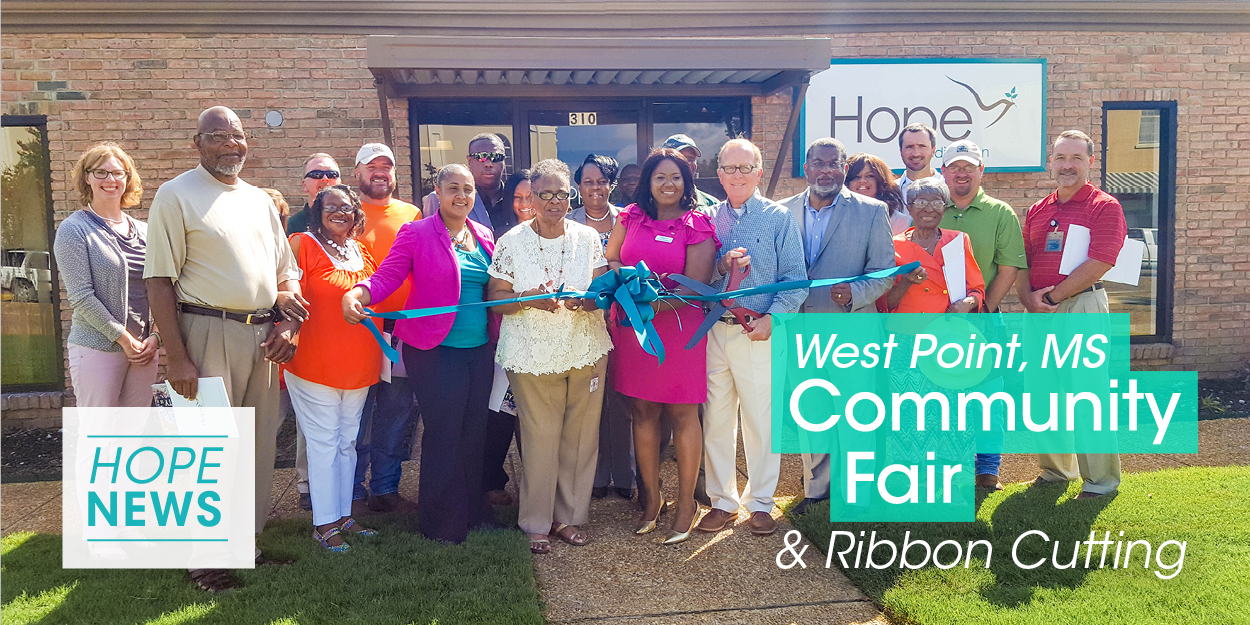 West Point Mayor Robbie Robinson was clear about HOPE’s role in his east Mississippi city: “It’s good to have an affordable alternative to check cashing and payday lender options in our community.” Robinson’s remarks came Aug. 18 during a ribbon-cutting ceremony for one of HOPE’s newest locations. The new branch was formerly B & W Mississippi Employees Federal Credit Union. After serving the east Mississippi community for 45 years, B & W merged with HOPE earlier this year, continuing for its members the benefits of a strong financial partner offering a diverse line of products. Elizabeth Outlaw, a longtime B&W member and now a HOPE member, said she had high expectations for West Point’s new financial partner. “We’re going to be partners with HOPE. I do believe HOPE will really help us in the community,” Outlaw said. “I’m in and I hope to be in for a long, long time.”

A community fair hosted a day after the ribbon cutting drew 250 residents, who participated in family-fun activities and received free onsite financial counseling and services. 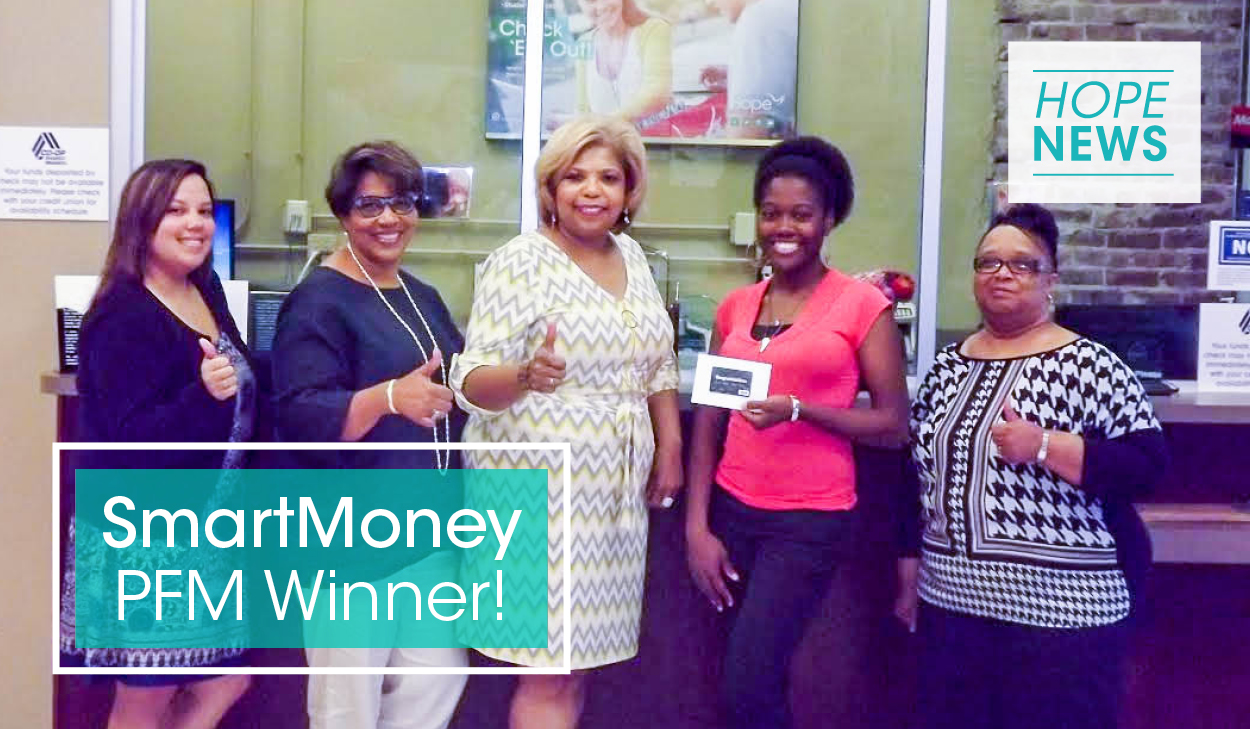 Mary Ella Thomas set a financial goal and won $500. Thomas was the winner of Hope Credit Union’s PFM (Personal Finance Manager) Smart Money Contest. The contest encourages members to use the PFM to help gain control of their finances by monitoring all accounts in one place. The management tool helps create a unique budget that fits the lifestyles of HOPE members. Thomas is a member of HOPE’s Oretha Castle Haley branch in New Orleans. She’s an employee at Stewart Enterprise, and has plans to pursue to a graduate degree. Thomas’ father encouraged her and all of her siblings to open accounts with HOPE.

HOPE CEO Bill Bynum, who for more than 30 years has fought against entrenched poverty and pursued economic equity and justice in America’s South, was presented the 2017 Pete Crear Lifetime Achievement Award during the annual African American Credit Union Coalition conference held Aug. 8-11, in Raleigh, N.C. Bynum began his career by helping to establish Self-Help, a pioneer in the development finance industry, and later built nationally recognized programs at the North Carolina Rural Economic Development Center. He started HOPE in 1994, and the organization has grown into a $300 million community development financial institution. HOPE has more than 34,000 members and has provided more than $406 million in business loans and more than $163.3 million in mortgage loans. HOPE has financed medical centers, schools and manufacturing facility expansions. Most importantly, these doors were opened in a region where 37 percent of its members were unbanked before they joined HOPE. While other financial institutions across the nation are closing in low-income communities, particularly communities of color, HOPE has bucked the trend. In 2015, HOPE completed an expansion into the Mississippi Delta that included the opening of four full service branches in small towns facing significant economic distress. The move immediately expanded access to financial services and served as a catalyst for local engagement and community infrastructure development. Read more. 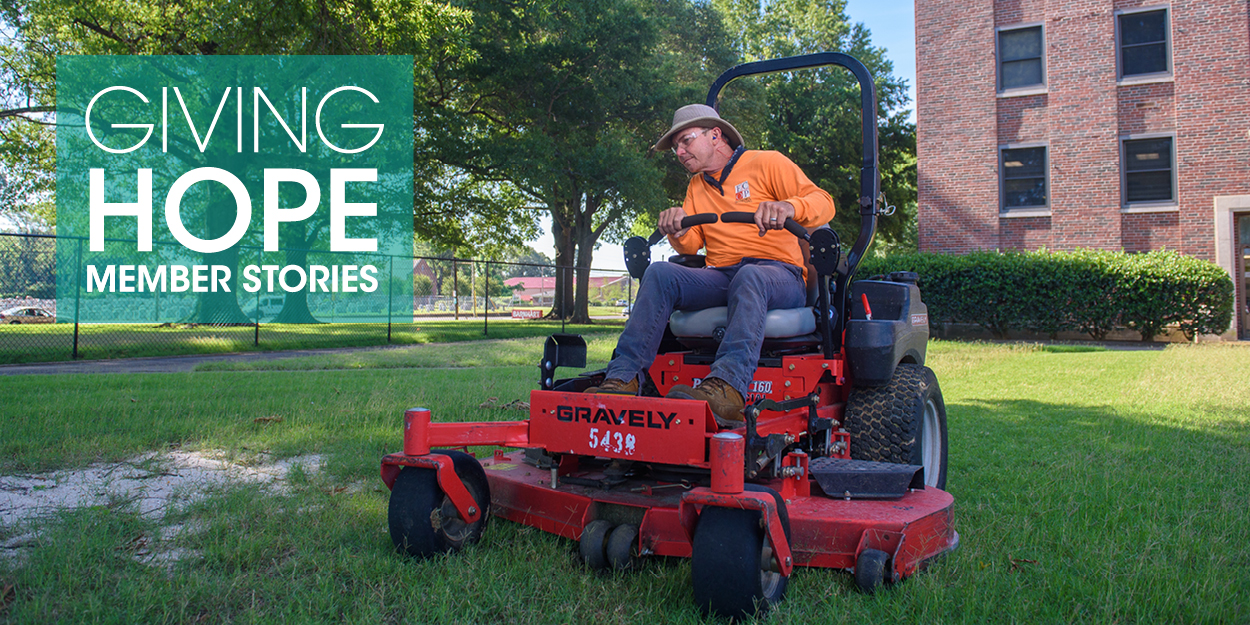 James Knauss discovered HOPE through Economic Opportunity, a skills training program for formerly incarcerated people. “I’m an ex-felon. I had a lot of issues when I graduated from the program. I couldn’t get my driver’s license because I owed fines,” says James, who applied and was approved for a HOPE Borrow and Save Loan. James used the money to open a savings account and pay off fines. With limited options after graduating from the program, Knauss eventually started his own landscaping business after receiving a loan from HOPE to purchase his equipment. He attributes his “opportunity for a second chance” to Economic Opportunities and HOPE. Read more stories like this one.

Hope Policy Institute has been actively weighing in on a number of issues that impact the lives of people in the Mid South states of Arkansas, Louisiana, Mississippi and Tennessee. Check out the newest research from Hope Policy Institute by clicking on the stories below.

New Data Shows Many Mississippians in Financial Limbo
Mississippi households, and more broadly, Mid South households, continue to struggle in low-wage jobs that do not allow them to save for a more prosperous future. The 2017 Prosperity Now Scorecard reveals that the lack of quality job opportunities in the state makes it harder for families to meet basic expenses—and nearly impossible to save enough to move up the economic ladder. Read more.