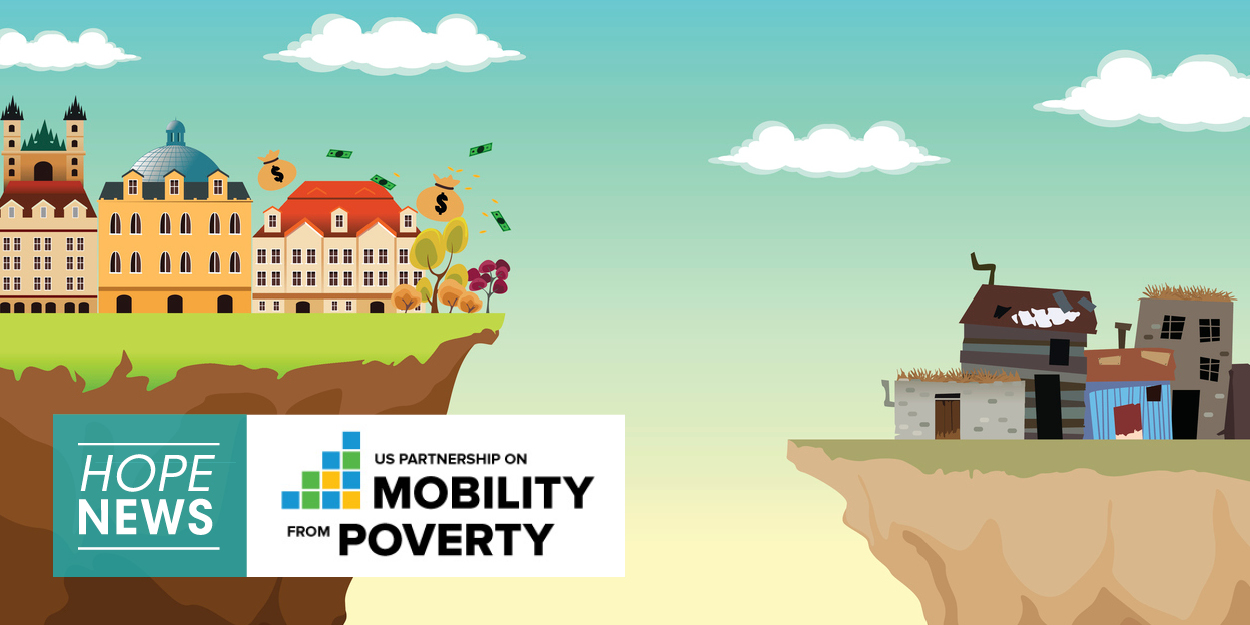 US Partnership on Mobility from Poverty Releases “Restoring the American Dream”

What would it take to dramatically increase mobility from poverty?

The US Partnership on Mobility from Poverty, a group of 24 experts (including HOPE CEO Bill Bynum) recently began sharing their responses to that question. Restoring the American Dream is the first in a series of upcoming communications that detail findings from the Partnership’s research and conversations with people across the country over the past two years. The paper presents a comprehensive definition of mobility from poverty—one that goes beyond a foundation of economic success to include the principles of power and autonomy and being valued in community—and five interconnected strategies that drive these core principles. Learn more about this work: 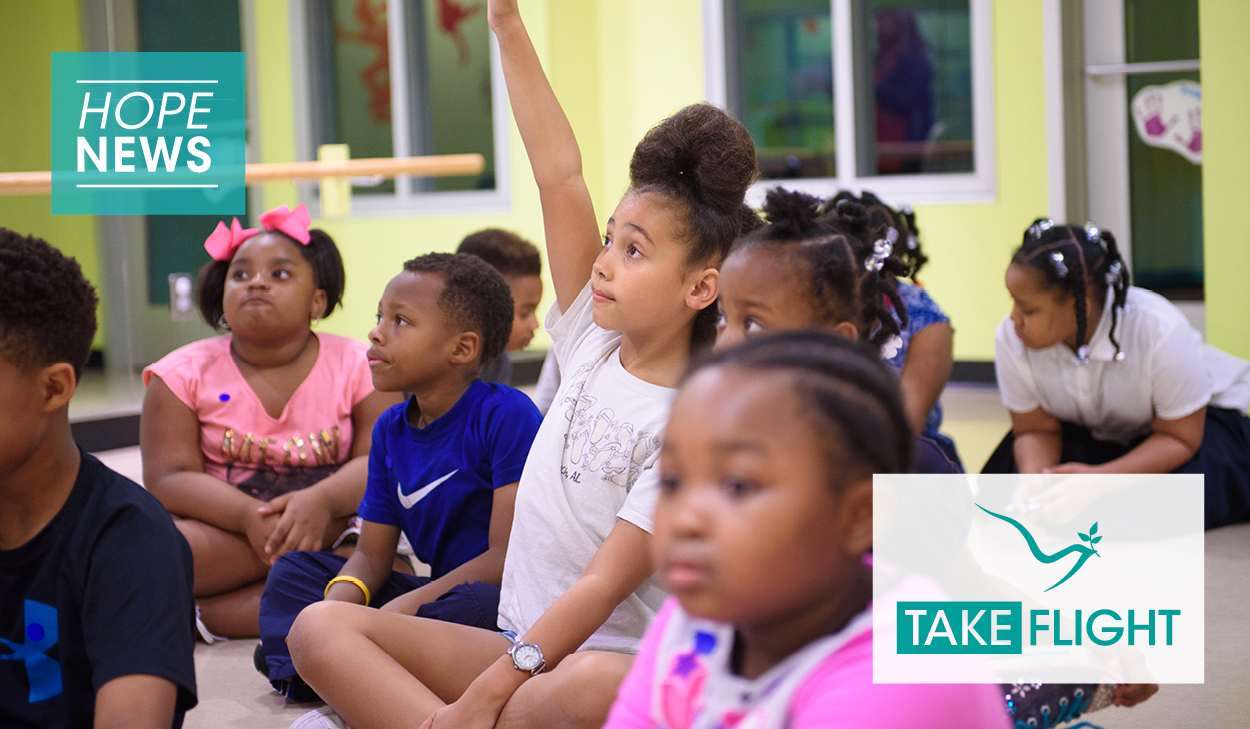 More than 40 children in the Delta region will benefit from HOPE’s unique partnership with the Mississippi Children’s Museum on a project that encourages reading and financial literacy. Another seven-week session of MCM’s “Planting Seeds to Read” program kicked off Jan. 11 at the B.B. King Museum & Delta Interpretive Center in Indianola. The museums work with the local school system to identify students who are eligible for Seeds to Read. “The school selects a first or second grader who’s struggling. However, we serve the entire family,” said Monique Ealy, MCM’s outreach coordinator. As part of the program, HOPE conducts financial workshops for both students and their parents or guardians. The startup in the Delta comes weeks after the completion of MCM’s Seeds to Read program in the Jackson Public School District. Johkeri Smith, a 7-year-old Jackson student, was among the youth who opened Take Flight accounts after finishing the program. HOPE provides $50 in seed money for each student’s account. Research shows that low-income children who have a savings account are three times more likely to enroll in post-secondary education and four times more likely to graduate than those without savings. 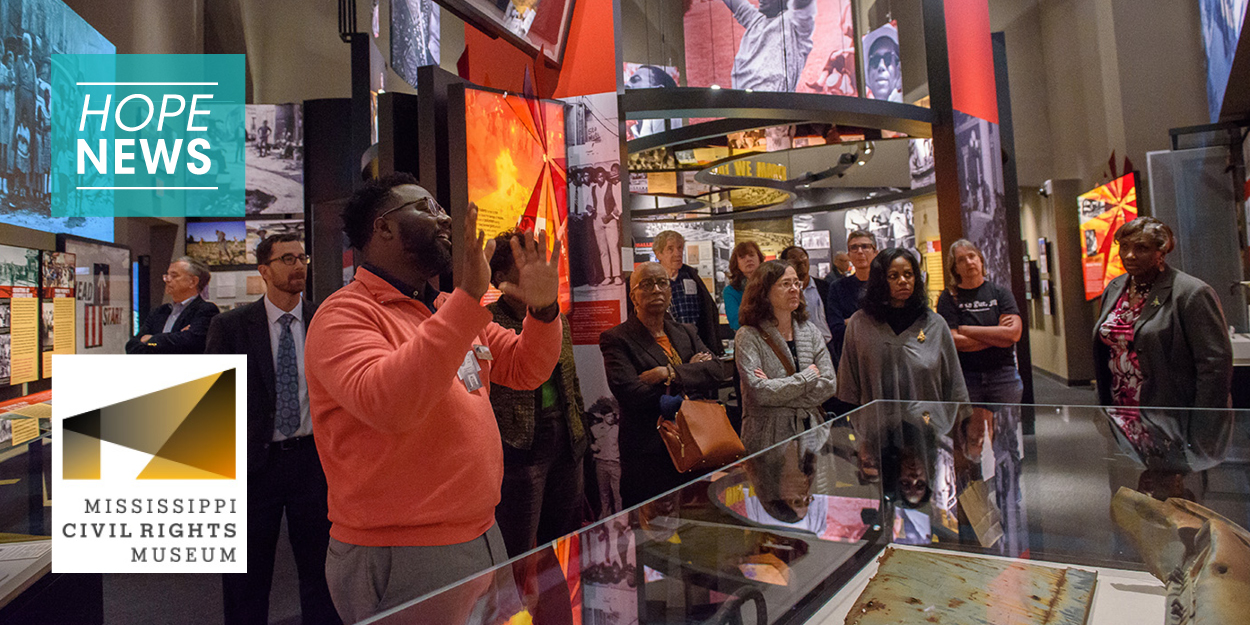 The Cavalry Is Us: Civil Rights and Cooperative Action

HOPE recently authored a piece published in the Shelterforce blog that draws the connection between civil rights and cooperative action. The reflective piece followed a visit by HOPE’s Boards of Directors  to the new Mississippi Civil Rights Museum. 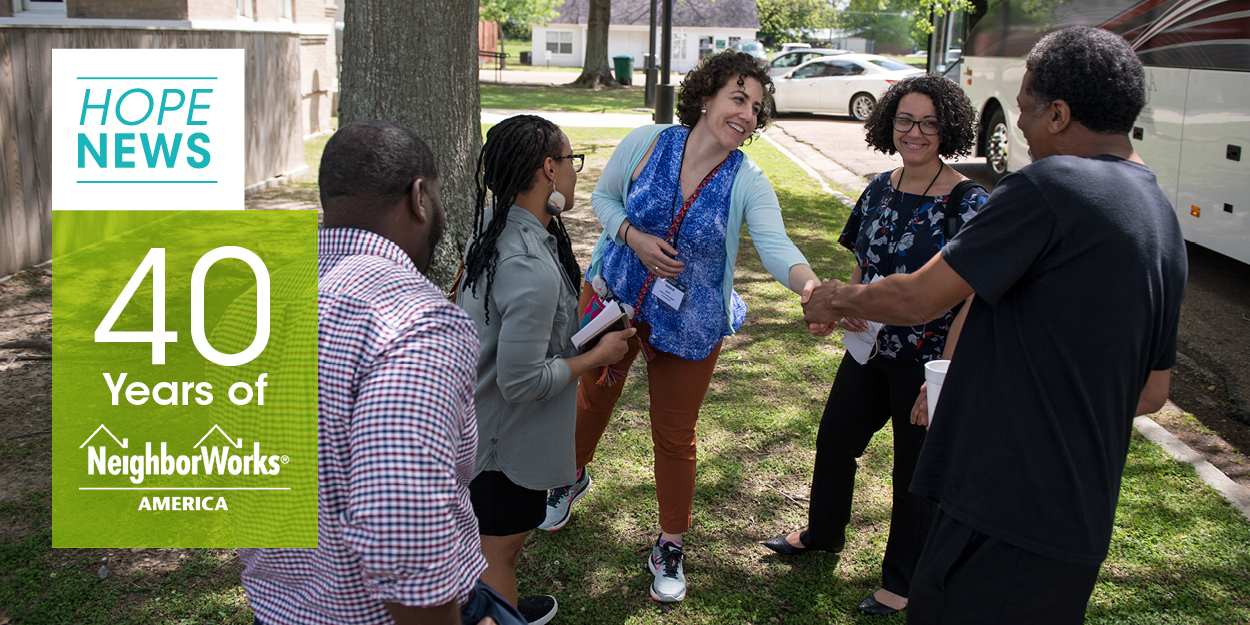 To celebrate NeighborWorks America’s 40th anniversary, HOPE will share highlights of our partnership with the organization. This story is about NeighborWorks’ support of HOPE’s Small Towns Partnership.

Mayor George Holland, leader of the Mississippi Delta town of Moorhead, says he and a delegation of town leaders have received top-tier community leadership training, and it was the result of HOPE’s network affiliation with NeighborWorks America (NWA). Moorhead is one of the seven communities in HOPE’s Small Towns Partnership, a project that provides technical assistance and other support for the towns’ economic and community development priorities.The delegation from Moorhead attended the NeighborWorks Community Leadership Institute, an invitation-only, three-day training event that aims to strengthen the voices and skills of community, resident and volunteer leaders through the sharing of best practices and solutions to challenges in low- to moderate-income communities. The institute’s theme, “Power Teams Build Strong Communities,” was fitting as the Moorhead delegation included the city administrator, a member of the planning commission, an alderman and a community leader. Their community has a population of less than 2,000 people and is home to one of HOPE’s Delta branches. “I still hear people talking about that trip to California and what they learned from that experience,” Holland says. “In small communities like ours, we have no opportunities to experience this type of training. You don’t visualize it because you don’t know anything about it.” The coursework provided an education on community organizing, neighborhood economy and how to build strong communities for all ages. 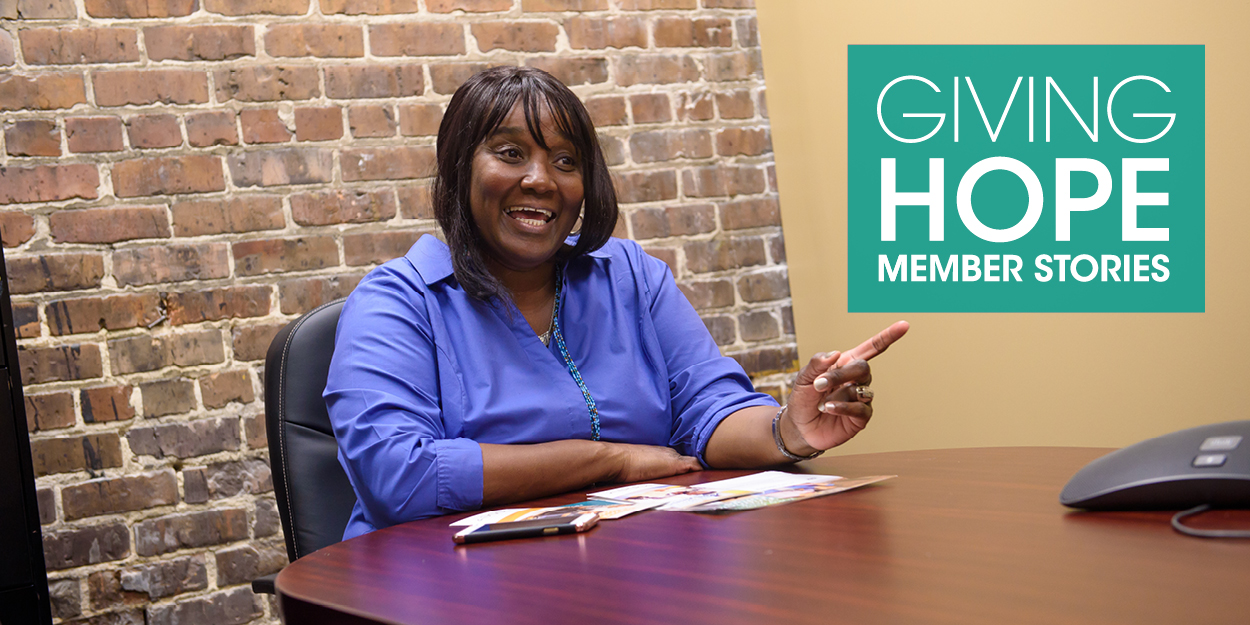 Building Credit and Saving for the Future in New Orleans

Paulithia Perkins wasn’t necessarily looking for a new financial institution when she noticed the Hope Credit Union sign on Dryades Street. “When I saw the name HOPE, I decided to see if they’d live up to their name,” she says. Paulithia started with a Christmas Club account before taking out a low-interest loan to help pay down mounting credit-card debt. Paulithia says the loan also helped build her credit. Paulithia wants to eventually apply for a home loan. Until then, she’s spreading the word to her friends and colleagues about HOPE. “It’s an asset to the neighborhood and to the community. It gives us hope to have credit.”

Hope Policy Institute has been actively weighing in on a number of issues that impact the lives of people in the Deep South states of Alabama, Arkansas, Louisiana, Mississippi and Tennessee. Check out the newest research from Hope Policy Institute by clicking on the stories below.

Policy in Action: Investments in the Local and Regional Food Economy
Local farmers, small business operators, economic development executives and other community leaders recently convened in the Mississippi Delta to share their experiences around developing and growing businesses within the local and regional food economy. The forum, Delta Communities: Investment in Local Food in the Delta, was organized by the community development team at the Federal Reserve Bank of St. Louis. The event supported the bank’s goal of strengthening community and economic development throughout the Arkansas and Mississippi Delta region and was an opportunity to raise awareness about food insecurity while exploring solutions and strategies to promote the emerging food economy. Read more.

Impact of Unfair Lending Practices on Black Homeownership
African Americans, particularly those living in the Deep South, face a number of structural barriers to homeownership, with unfair lending practices being among the most significant. Nationally, researchers have found that black mortgage applicants are far more likely to be denied than their white counterparts and that even black applicants who are approved are more likely to pay higher mortgage rates. Read more.