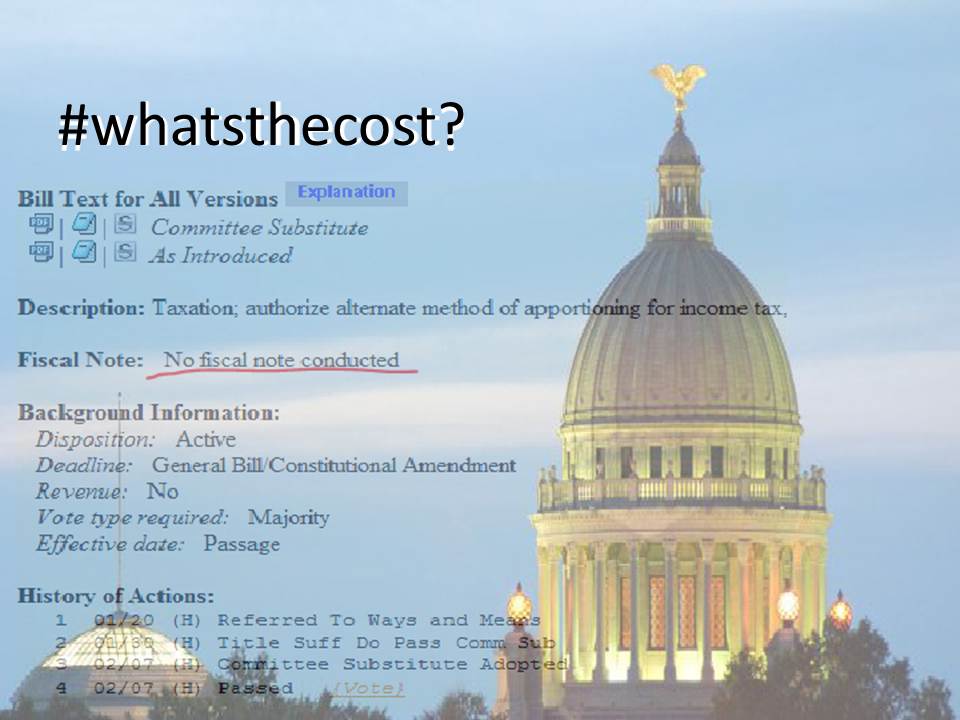 Last week the House of Representatives passed HB 799 which makes changes to tax collection methods at the Mississippi Department of Revenue.

It would reduce the interest penalties charged for non-payment of taxes by half.  It would also give the Department of Revenue discretion on whether or not to even impose a penalty. Those who do not pay their taxes shouldn’t get a break and the penalties under law should be applied consistently and fairly.

It would also put up a roadblock for the Department of Revenue in their ability to collect taxes from multistate corporations.  Currently, the Department of Revenue may require a multistate corporation to report their income as a group if it believes the company is shifting income out of state to avoid taxation.  This is done on a case-by-case basis using up-to-the-minute information about current methods corporations are using to avoid taxation.  This bill would require the Department to create regulations that spell out in advance when they will require combined reporting.  This will reduce the Department’s flexibility in fighting tax avoidance.

Corporate tax avoidance could be one of the reasons 80% of corporations in Mississippi pay no corporate income tax.

It is also important to note that while the bill would reduce tax collections, no fiscal note is provided to the public to show the amount of the estimated loss of revenue.  Fiscal notes provide information to policy makers and the public about bills that would reduce revenue collected or spend state funds.

HB799 would reduce state revenue and its costs should be weighed against those of other state priorities like education and healthcare.