Drawing on its experience as a Community Development Financial Institution (CDFI), HOPE actively engages public and private leaders to increase investment in underserved places locally, regionally and nationally. For example, as Hurricane Katrina recovery programs were being developed, HOPE analysis revealed that proposed homeowner assistance programs would limit participation among low-income Mississippi families that lost their homes in the storm. The analysis bolstered advocacy that resulted in the assistance program being restructured to become accessible to a much larger group of homeowners. HOPE’s ongoing interaction with state officials positioned HOPE to create a financial counseling program, funded with federal recovery dollars that targeted low- and moderate-income Mississippians who needed to reconstruct homes that had been lost during Katrina. Under HOPE’s leadership, the program assisted over 10,000 families with financial counseling, resulting in over $600 million directed toward the rebuilding of homes on the MS Gulf Coast.

In another example, HOPE led efforts to expand access to low-cost capital for CDFIs during the Great Recession. Initially, policy actions undertaken did not contemplate a strategy to support the financial institutions that served low-income communities. HOPE successfully advocated for the creation of the Community Development Capital Initiative (CDCI). Through the CDCI, federally-insured CDFIs became eligible to access low-cost funds through the Troubled Asset Relief Program. The initiative made capital investments totaling $570 million to 84 CDFIs, stabilizing these institutions and enabling them to extend vital recovery services to vulnerable people and places.

Today, HOPE continues to inform policy development around the flow of public and private resources and maximize its impact through programmatic and policy interventions that drive positive individual and community transformation. 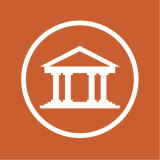 Mid South Among the Least “Credit Worthy” in the Nation

Credit is an important asset and helps determine a consumer’s […]

Even though the national unemployment rate has dropped to 5 […]