Black History Month: Economic Justice was Never an Aside

The first time that Fannie Lou Hamer attempted to register to vote, the landowner for whom she had performed backbreaking labor for 18 years, W.D. Marlow, gave her an appalling choice. She could either withdraw her voter registration application or lose her home and job. In addition to gruesome acts of physical violence, economic reprisal was a common reaction to the efforts of African Americans to exercise political rights promised in the Constitution. During the Montgomery Boycott in Alabama, many participants and supporters were similarly threatened with the loss of their jobs, African American teachers who attempted to register to vote in Selma during the 1960s were fired, and even as far back as the end of Reconstruction, white employers used threats of job loss to stymie black political participation.

Advocates and adversaries of racial equity shared a common understanding of the centrality of economic enfranchisement to the genuine political enfranchisement of African Americans. Generations of exploitative economic policy and practice and disregarded black educational institutions left many black Southerners vulnerable to the poll taxes, literacy tests, and other discriminatory methods used by white officials to eliminate potential black voters. The poverty and financial insecurity that many African American communities faced was a formidable barrier to their ability to fully participate in the democratic process and have access to economic opportunity. Despite dominant narratives of the Civil Rights Movement, focusing on political enfranchisement and desegregation, agents of change at the time understood that economic justice was imperative.

Undeniable progress has been made over the last five decades. That there are laws protecting the ability of African Americans to vote, learn, live, and work without racial discrimination is a testament to the profound sacrifices of generations of black activists like Fannie Lou Hamer. What is also undeniable is that this progress, due to collective and individual acts of resistance to racial equity, has been woefully inadequate in terms of transforming the economic well-being of black people and communities. Despite incredible political gains over the past few decades, the black unemployment rate has remained at least two times as high as the white rate since 1963. Nearly one in four low-income African Americans lives in a neighborhood of extreme poverty, in comparison to one in 13 low-income white Americans. Racial economic disparities are most severe in terms of wealth: if trends continue, it will take nearly 230 years for the average black family to reach the level of wealth that white families own today. Over 50 years after the passage of the Voting Rights Act, the economic lives of too many African Americans continue to be characterized by discrimination, disadvantage, and limited opportunities for economic mobility.

Civil right activists struggled for an America in which the architecture of opportunity was equitable and just—where yielding political power, attending a well-resourced school, or providing financial security for your family were not race-specific activities. They advocated for progressive policies, such as universal and affordable health care, equitably funded public schools, and human social services, that have yet to be adapted at scale. The current economic state of African Americans is a stark reminder that the vision of America has not been achieved.

In 1971, Fannie Lou Hamer stood before a crowd in Wisconsin to tell them about her work through Freedom Farm Cooperative to improve the economic standing of black communities in Mississippi. She reminded the audience, “there is no way on earth we can gain any kind of political power unless we have some kind of economic power.”

Even the political gains of the Civil Rights Era are being dismantled, through voter ID legislation, felon disenfranchisement, and gerrymandering along racial and partisan lines. This is not unrelated to the compromised economic position of communities of color throughout the United States.

As we conclude a month dedicated to celebrating black achievement, it is important to reflect on the fact that the goals of leaders, like Fannie Lou Hamer, which encompassed issues of economic justice, have yet to be achieved. Celebrating their legacy should include a strengthened commitment to eradicating the structural barriers that continue to prevent African Americans, and other communities of color, from experiencing full and genuine citizenship. 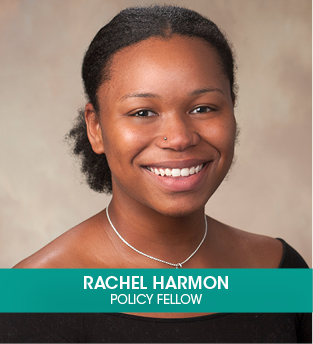