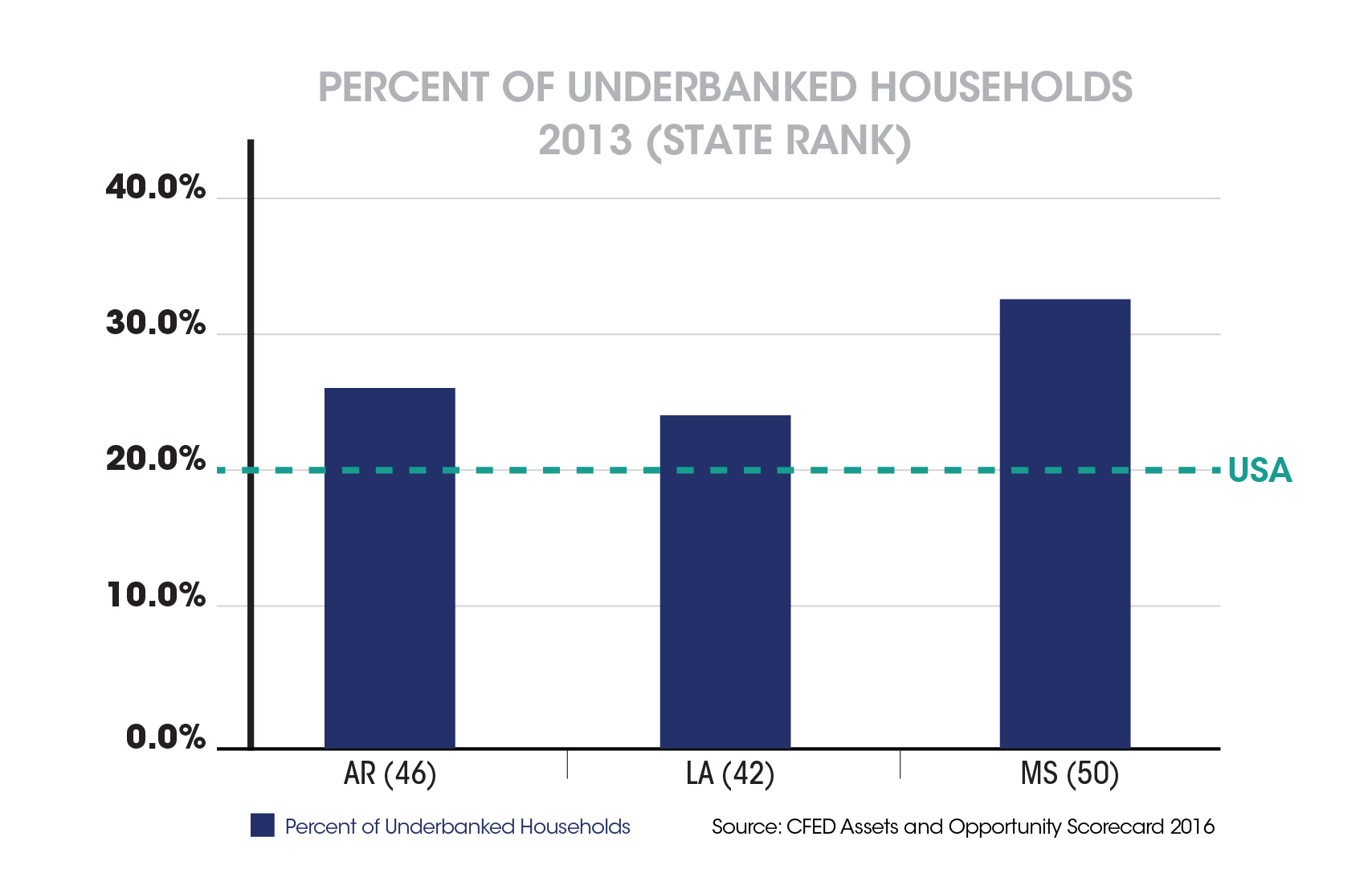 Far too often, members of underbanked households find themselves the victims of predatory lending. As HOPE shared in testimony before the Mississippi House Banking Committee, one HOPE member found herself in a situation where she had eight payday loans outstanding all at one time for amounts exceeding her monthly income. Unfortunately, state law does not prohibit such practices.

The experience of HOPE members with predatory lenders underscores two important points. First, the Consumer Finance Protection Bureau’s (CFPB) work to curb predatory lending – particularly among small dollar and short term loans is critical. Nowhere else in the country are the forthcoming rules governing small dollar loans as critical as in the Mid South where few state-level protections exist. Second, the work of HOPE plays an important role in providing alternatives to high-cost loans and pathways out of the debt traps created by them. The mission and approach of HOPE serve as an important reminder of the impact of investing in a financial institution dedicated to building the wealth of its members to create opportunities that span generations.