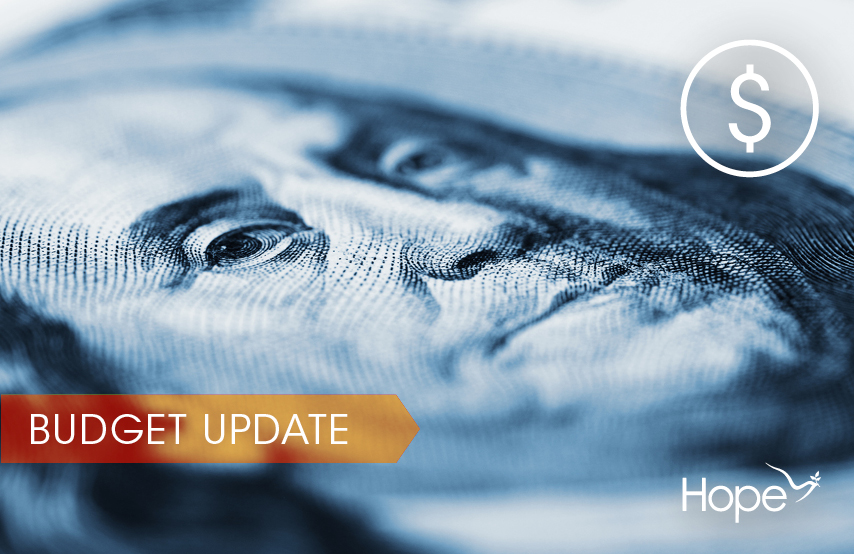 New research from the Institute on Taxation and Economic Policy (ITEP) looks at the potential effects of a tax cut proposal from the Trump Administration on families in the 50 states. The tax cut proposal would reduce the tax rate on corporate income from 35 percent to 15 percent, would repeal the estate tax, replace the current income tax brackets with three brackets at 10 percent, 25 percent, and 35 percent, eliminate most itemized deductions, except charitable giving and home mortgage interest, and create a new tax credit for childcare expenses, among other things.

According to ITEP, “[the] proposed tax plan fails to deliver on its promise of largely helping middle-class taxpayers, it also would shower a disproportionate share of the total tax cut on taxpayers in some of the richest states while southern and a few other states would receive a smaller share of the tax cut relative to their share of the U.S. population.”

In Mississippi, the wealthiest families would get a much larger share of the cuts than middle- or low-income families. In fact, the top 20 percent of Mississippians, by income, would get 80 percent of the proposed tax cuts. The chart below shows the share of the tax cuts each income group would get under the plan. 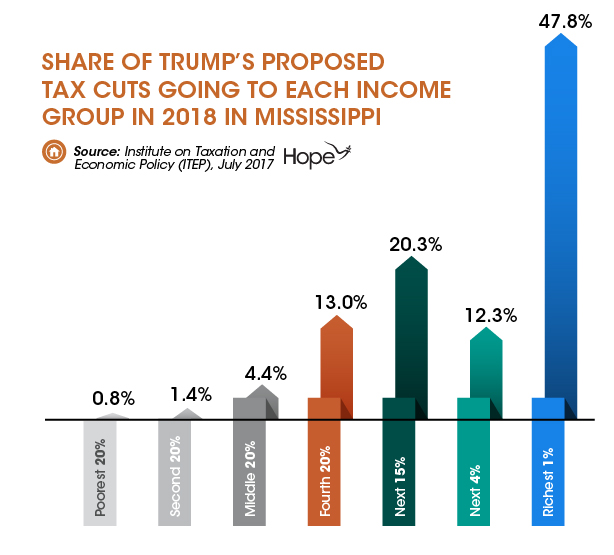 Not only would the proposed federal tax cuts mostly benefit wealthy families, they would also reduce the federal revenue that supports public investments we all rely on, including funds for roads and bridges and schools, health care, food and housing assistance, aid to states, and others. ITEP estimates that the cuts as described by the administration so far would cost $4.8 trillion in federal revenue over its first ten years, causing higher deficits and/or cuts to important public investments. These cuts could do further harm to Mississippi’s state budget, which is already struggling to support vital services.