New Tax Plan Would Compromise Funding for Schools and Roads; Largely Benefits Corporations and the Wealthy

A new tax cut plan, proposed by Lt. Governor Tate Reeves, has passed the Senate and will now be considered by the House. The plan, announced by Lt. Governor Reeves on March 16, includes his original plan and adds more individual income tax cuts. The proposal is another example of drastic tax cuts that would largely benefit corporations and wealthy Mississippians. It would cost an estimated half a billion dollars and would erode our ability to support schools, universities, roads and bridges—all areas that are starving for investment. These tax cuts will undermine our future by making it harder to invest in what makes Mississippi’s working families productive.

The plan includes eliminating the corporate franchise tax as well as both the 3% and 4% corporate and personal income tax brackets and adding a self-employment tax deduction. 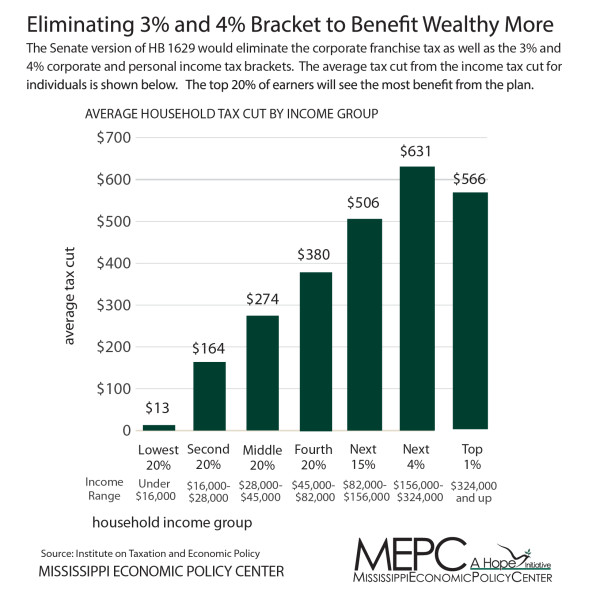