June is National Homeownership Month – a time that reaffirms the value of homeownership, particularly as a tool for homeowners to save and build wealth. Homeownership is an essential part of the “American Dream,” and plays an important role in how low-income households and households of color attain and build long-term financial security. This blog explores the 2018 Prosperity Now Scorecard to examine affordable housing and homeownership opportunities in the Deep South states of Alabama, Arkansas, Louisiana, Mississippi, and Tennessee.

The homeownership rate illustrates the number of families that have the opportunity to build wealth through home equity. Sixty-six percent (66%) of Deep South households, on average, are homeowners, nearly three percentage points higher than the national rate (63.1%). However, there are large homeownership disparities along wealth and racial lines. For instance, in the Deep South, only 42.9 percent of those in the bottom income quintile own a home, compared to 88.2 percent of earners in the top income quintile. Likewise, only 47.3 percent of households of color own a home, compared to 74.1 percent of white households. See Chart. 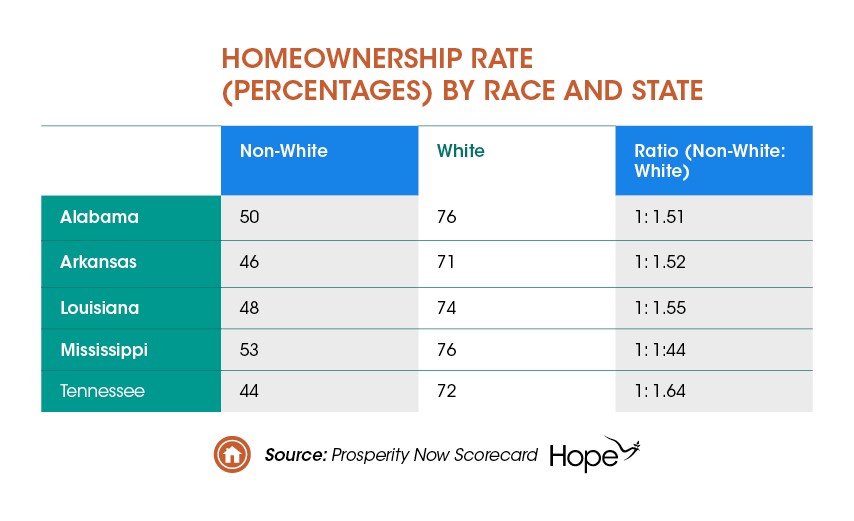 High-cost mortgage loans have a significantly higher-than-average annual percentage rate (APR). Lenders typically target the elderly, people of color, and low-income families with these products, which put them at a greater risk of foreclosure and loss of home equity. These products contributed to the housing crisis during the Great Recession and are still problematic today. Louisiana has the 7th highest rate in the nation, with Mississippi and Alabama not far behind (15th and 18th highest, respectively). For example, in Louisiana, 10.1 percent of mortgage loans issued are high cost, compared to 7.6 percent of mortgage loans issued in the United States.

Homeownership is the primary means through which most Americans build wealth and provides not only long-term physical stability but financial stability as well. It is imperative to increase the number of affordable and sustainable housing options so that all families have an opportunity to climb the economic ladder. For instance, HOPE provides home loan solutions designed specifically for low- and moderate-income families, including people with credit scores as low as 580. In 2017, more than 87 percent of HOPE’s mortgage borrowers were first-time homeowners. 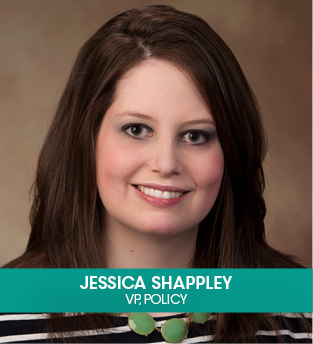