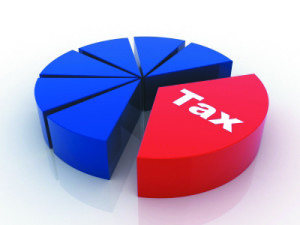 A $555 million tax cut for Mississippi appears down for the count after Democrats decided Wednesday competing financial needs outweighed the benefits of reducing  income taxes for some brackets and cutting business and franchise taxes.

The cut would have been the largest in state history, according to Lt. Gov. Tate Reeves, who had called it a timely “pay raise” for Mississippians and sent it to legislators weeks ago as the Taxpayer Pay Raise Act.

It passed the Senate Tuesday in a bipartisan vote that Reeves said was driven by desires to simplify the tax code and encourage long-term economic growth.

The vote came after amendments to House Bill 1629 to include additional income tax cuts proposed by Speaker Philip Gunn.

The bill, which required a three-fifths House majority of 72 yea votes, fell 67-52 Wednesday afternoon. It would have:

» Eliminated the 3 percent and 4 percent tax brackets levied on income;

» Removed the investment penalty, or franchise tax, on businesses’ property and capital.

Reeves blamed the defeat on Democrats who do not understand the struggles of Mississippi families. “Hopefully, a few House Democrats will hear the cries of the people back home that need a little more money in their pockets to provide for their families,” Reeves said in an email statement.

Reeves said that a Mississippi State University study concluded that eliminating the franchise tax alone would have grown the state’s GDP by $282 million and added 3,514 jobs within 10 years.

Democrats called the outcome a show of strength against flawed priorities that put the interests of corporations and the wealthy over adequate funding of public schools, roads and other needs.

Nancy Loome, head of the Parents Campaign, a group that proclaims itself a protector of public schools, urged legislators to “make sure it sticks.”

“You did it…. Today, 52 members of the House of Representatives chose our children over tax cuts,” Loome said in an email to supporters.

“These courageous women and men rejected the Senate plan to strip $555-million from state coffers, a plan that would have made it nearly impossible ever to fully fund the Mississippi Adequate Education Program (MAEP) and would have decimated other state services,” Loome said.

Loome warned bill opponents that the bill was held on a motion to reconsider, which means that another vote on the bill can be forced any time between now and Monday.

While Loome’s group felt like a winner Wednesday, it took on gloom Tuesday at the failure of an amendment by Sen. Derrick Simmons to delay implementation of the tax cuts until the MAEP is fully funded. That amendment died on a 16-34 vote.

“Today the Mississippi House of Representatives voted down a $550 million tax cut plan that would have threatened our state’s ability to support schools, universities, roads and bridges and public safety,” said Dr. Corey Wiggins, center director.

“Big tax cuts that largely benefit corporations and the wealthy do not grow the economy. Instead, investments in schools, community colleges and universities, public safety and infrastructure will provide support for struggling families across this state. “

Added Wiggins, “The steps taken by the House today will help ensure Mississippi can position itself to become more competitive in growing its economy by having the revenue available to invest in an educated, healthy and well-trained workforce”