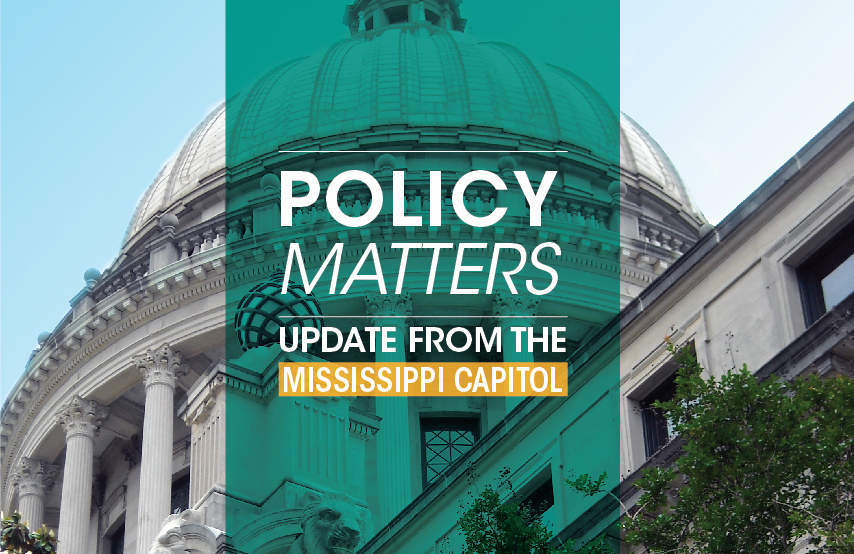 Amidst the talk of revised revenue estimates, deficits and budget cuts, the appropriations committees in the House and Senate have begun meeting to establish the state budget for next year, beginning July 1, 2016. All signs point to next year being a lean budget year. The Mississippi State Legislature will use information from briefings with agencies, recommendations from the Joint Legislative Budget Committee and the Governor’s office, as well as revenue collection updates throughout the legislative session, to determine appropriation levels. For more information about the budget process see our recent Budget Matters blog post here. 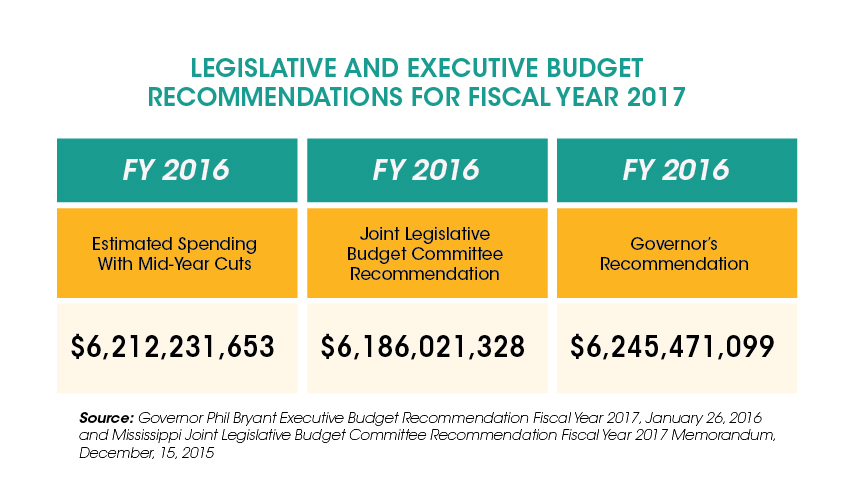 Highlights from the Legislative and Executive Budget Recommendations include:

For a more detailed chart by major budget category showing the 2016 budget, including the mid-year budget cuts, as well as the recommendations of the Joint Legislative Budget Committee and Governor’s office for 2017, click here.

For more information on the state budget connect with us on social media and sign up for our electronic newsletter.