Mid-year budget cuts announced by Governor Bryant this week will […]

Across the South, Households Use A Larger Portion of Their Income for University Tuition

Accessibility and affordability of higher education remain critical to ensuring […]

Fiscal Notes: Is this the year? 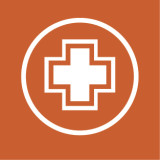 Childless Adults in Mississippi Will Lose SNAP Benefits in 2016

A strong housing market in the United States remains inaccessible […]

So far, the state budget process this year has been […]

As HOPE’s focus on the state budget continues this week, […]

State Budget decisions directly influence the quality of education that […]

Despite a rise in nominal dollars after the deep cuts […]

Tax collections for the current budget year are expected to […]